It’s that time of the month where we all come together and exchange gifts. Keeping this in mind, DARPA showed some holiday spirit when it provided Walter Reed National Military Medical Center the greatest gift the 21st century can offer: LUKE – the most revolutionary bionic arm available to date! 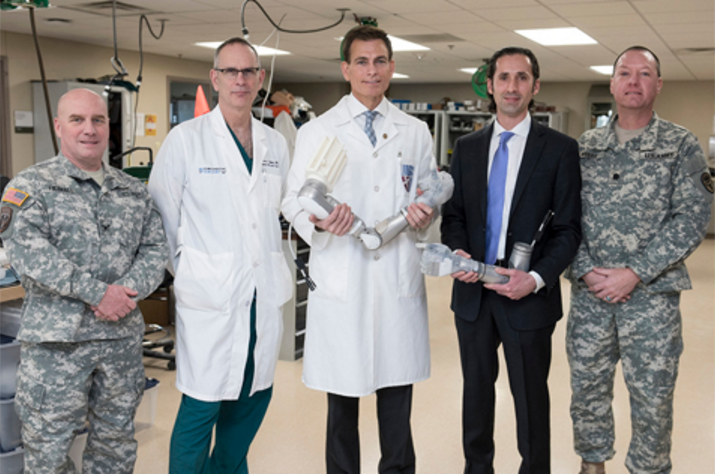 Thanks to the tireless efforts of DARPA, military amputees will now be gifted with groundbreaking upper-limb bionic prostheses. The limbs were manufactured by Mobius Bionics LLC of Manchester, N.H., a company that was specifically created to market technology by DEKA Integrated Solutions Corp.

You can learn more about similar technology coming out of DARPA through their Revolutionizing Prosthetics program.

Bionic limbs have been a mainstay element of most science fiction storytelling. Whether it was under a utopian or dystopian setting, the idea of people becoming cyborgs by replacing their biological limbs for more robotic ones was quite common. It was a collective dream that, someday, we may eventually do the exact same thing here in real life. That time has finally come and we’re only getting started. Eventually these bionic limbs will become much more advanced than fully functioning biological limbs. By that time, an increasing number of people will be opting for elective amputations in the hopes of becoming real life cyborgs. Oh, what a time to be alive!

Plantoids: The Birth of a Blockchain-Based Life FormArtificial Intelligence Has a New Trick Up its Sleeve: Concussion Detection