DIY Biohacking: Coming to a Lab Near You

The word seems like something out of a science fiction novel, but it has most likely already broken into the realm of a social arena near you.

Biohacking is the general term for alteration and/or improvement of biology through a hacker-like approach. Just like a computer, biohackers go into the ‘[easyazon-link asin=”B004TGT0CA” locale=”us”]source code[/easyazon-link]’ of biology and alters it to make specific changes in the system. Yet with a definition like that, biohacking must be something only scientists in big fancy labs can do, right? Not anymore.

Enter Counter Culture Labs (CCL); a non-profit, member funded community lab based out of Oakland, CA. Anyone with an interest in biohacking and science can join, regardless of their knowledge or experience. They can learn and take part in a myriad of volunteer activities from many fields of DIY science and biology, such as Bioart and environmental microbe projects. If this isn’t in your neighborhood, don’t fret – the [easyazon-link asin=”1449396593″ locale=”us”]DIYBio[/easyazon-link] movement has seen dozens of bio-hacking groups that are opening up spaces around the world. Check out the nearest one to you here. 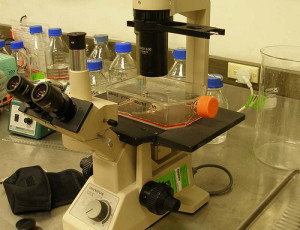 For those of you scientists who are are interested in building projects from both a business and science perspective, there is something even more revolutionary coming down the line; hackubators.

These hybrid hackerspace/bio-incubators are domains created to boldly go where biotech venture capitalists fear to tread; the land of accelerated medical innovations and life extension. One such space is Berkeley Biolabs (BBL), which has locations in San Francisco and Vallego, CA.

BBL aims to “help scientists bridge the biotech valley of death through lowered access cost to equipment and development resources.” In other words, they want to help scientists go solo from the specific, one-track funding style of conventional labs, take on a spectrum of hard, risky science projects, and get results.

To get a feel how BBL and CCL are unfolding, and how to get involved, Serious Wonder sat down with Ryan Bethencourt. After graduating from Cambridge, he went on to become COO of Genescient Pharmaceuticals and the CEO of Halpin Neurosciences. Currently he is the President of BBL and has co-found both BBL and CCL, and has been involved in several other biotech enterprises. More information on his work can be found here. 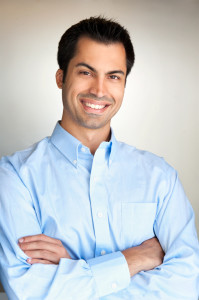 What is the driving idea behind Counter Culture Labs (CCL)?

So it is open source?

Yes, it is all open source. Currently, Counter Culture Labs is already running events and has a partnership with Peralta college to run small classes in their lab space so they’ve also launched. You can check the group out on www.counterculturelabs.org.

How do CCL and BBL relate to one another?

The overall strategy is to push the commercial work through Berkeley Biolabs (with the Desktop Biolab being developed in partnership with BBL) and eventually therapeutic development. Counter Culture Labs is a non-profit open to all members who are interested in biotech and science and our aim is to educate the public and provides tools and access for citizen scientists for fun and interesting biotech projects. These two groups together can hopefully push forward a revolution in how we build and fund science.

How can people get involved?

People in the area can help us if they have biotech projects they want to develop and need help with lab space and funding. For entrepreneurs and investors we’re always looking for people interested in funding really hard and really risky science! They can email us at BBL, Tweet me or message me on Linkedin.

Biohacking can be a touchy subject. How do you think the general public will respond to some of the work that these labs are doing?

I fully expect some people will get up in arms at our work. With these innovations come the responsibility not to do anything dangerous, but there’s always a risk. Part of our group who started in Bio-Curious, and are now heavily involved in CCL, have been developing glowing plants. They face a lot of challenges trying to explain what they’re doing – genetically modifying organisms – but it’s legal, and it is opening the door to a lot of important conversations.

GMO is another trigger word in society. What is your stance on this?

I think that each genetically modified organisms has to be examined to it’s own merits. There’s obviously some that don’t make sense, and some that make a lot of sense. You look at drought resistance for crops in developing countries, and those plants are incredibly important for the survival of many people. But in turn you have some crazy things like glowing bunnies. Is it ethical to create a glowing bunny? Do we really need one? As a vegan, I am inclined to say no, but as a scientist it’s a very curious oddity. I think that anything we do that involves other beings, especially sentient, needs careful scrutiny.