RssInstagramTumblrPinterestYouTubeGoogle+TwitterFacebook
In the Star Trek universe, the concept of currency has been replaced with the increasing reliance of material abundance. This was largely acquired by a nifty technological device called a replicator. By simply voicing a particular object in mind – whether it be a tool or food – these replicators would synthesize said objects in thin air by rearranging subatomic particles. And once you were finished using the object, the replicator was also capable of recycling it by converting the bulk matter back into energy.

Cool, right? And while it might take us a while for us to develop such a technology, it would appear that NASA is already prepared in embracing what could arguably be a prepubescent version of the Star Trek replicator.

“Firmamentum, a division of Tethers Unlimited Inc. in Bothell, Wash., says it has won $750,000 in NASA funding to build a combination 3-D printer and plastic recycler for the International Space Station.” 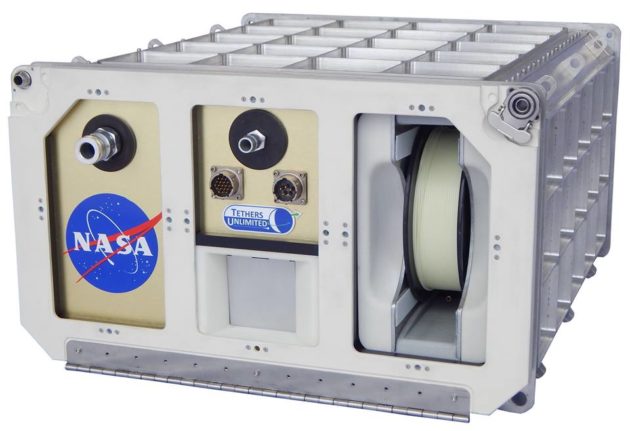 3D printing in space is already a reality, which is currently being experimented on by astronauts on board the International Space Station. But with Firmamentum, 3D printing is about to take on its first real step towards eventually becoming replicator technology. The 3D printer being developed by NASA funding will not only be able to 3D print whatever objects astronauts need, but will then subsequently be able to recycle said objects back into plastic filament, ready for re-use. Sound familiar, right?

The device will be known as the Refabricator – as if we don’t realize where inspiration for this idea came from – and is set to be delivered to NASA by next year. From there, the printer/recycler will be put to the test, determining how many times you can recycle plastic in a microgravity environment before the polymers break down. If it lives up to NASA’s quality standards, expect the Refabricator to make the International Space Station its permanent home – that is until some other space station takes its place in the near future.

From thereon in, the vision of replicators among the Star Trek universe will become a partial reality. Space exploration will become increasingly reliant on our abilities to print whatever object we need (or want) to ensure both our devices and ourselves are of optimum quality. As 3D printers (recyclers) become all the more advanced over time, not to mention less expensive, nothing will stand in our way of achieving whatever our heart desires.

Who knows, we might even become a post-currency society as well, united under a collaborative socio-economic system. But for now, we find ourselves in a world that is made up of early-stage 3D printers and isolationist politics like that of Brexit. We have a long way to go before we become something akin to Star Trek. Though if we keep on dreaming and keep on building, we might just get there yet. Make it so!

The Future This Week: VR, Robots, and SolarCitySee SpotMini Run, Fall, and Do the Dishes For the Future of Robotics