RssInstagramTumblrPinterestYouTubeGoogle+TwitterFacebook
In June of this year, a new book entered publication that promised to challenge future business leaders and equally prepare them for what’s to come as a result of the exponential growth rate of information

technologies. The Future of Business: Critical Insights Into A Rapidly Changing World From 60 Future Thinkers was edited by strategic adviser and futurist Rohit Talwar and co-authored by 60 different futurists located throughout the world (including myself and Serious Wonder‘s Gray Scott). Our goal: to envision what is to come in the next 15-20 years and what business leaders should do in preparation.

Below I’ve listed 5 different concepts explored (out of many, many more) in The Future of Business that I believe will have the most significant impact on our species, on society, and on our economy. If you’d like to acquire your own copy of The Future of Business, whether it be in physical and e-format, be sure to check out its publisher’s page, Fast Future Publishing. For a discount, be sure to use the code bm1 at the checkout.

If you thought the previous dilemma of Rachel Dolezal was strange – the white woman who claimed a Trans-Racial identity of being black, effectively convincing her friends and colleagues for several years – just you wait and see how the future of genetic modification via technologies such as CRISPR/Cas9 will allow people to change their phenotypical attributes – including skin color. One author of The Future of Business not only recognizes the possibility of such a technology, but subsequently its potential at finally eliminating the erroneous social construct known as “race”!

“A brand new market to be explored is the genetic modification of skin tone. This would have a huge impact – potentially changing the various ways in which human lineages have interacted in the last few centuries. The social and cultural strife created by adherence to beliefs of difference based on skin color could finally be eliminated when humans can be dark skinned one month and light skinned the next. The social ramifications of this technology will be legion.”

– David Saintloth, “The Rise of the Cosmeceutical Sector,” The Future of Business, p. 457. 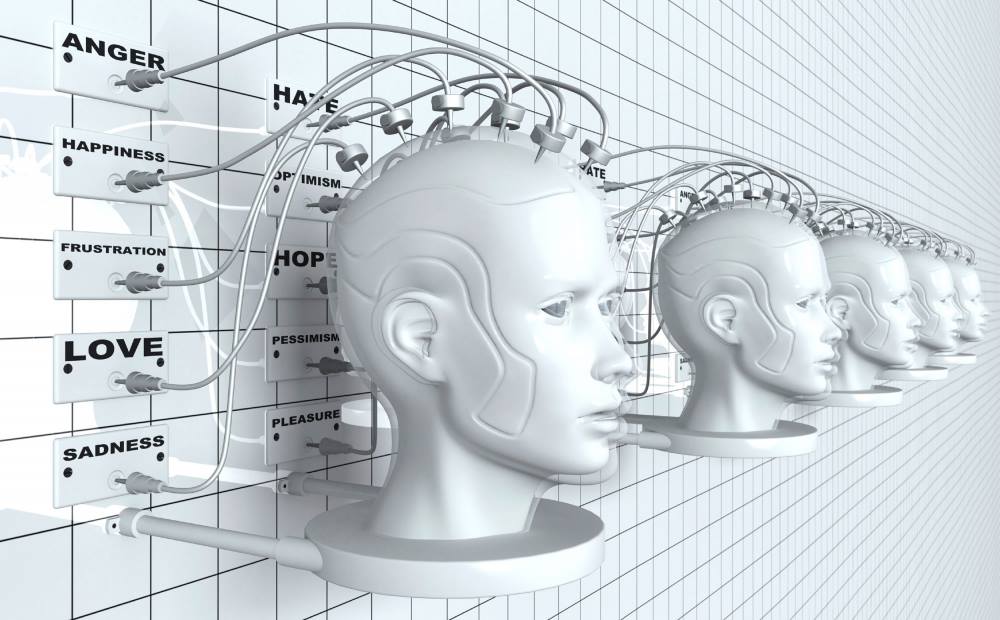 Talk of artificial intelligence (A.I.) has increased heavily over the last few years. Efforts from several companies and scientific institutions to engineer an A.I. with the capacity of intelligence similar to human intelligence, or also known as an artificial general intelligence (A.G.I.), has been strongly emphasized as of late. One author of The Future of Business conveyed a scenario where human emotions might be strongly recommended for an A.G.I. rather than pure intellect. Something that future business leaders will have to keep in mind as we fast approach a world where conscious machines exist alongside humans!

“I coined the humarithm neologism in 2012 – as a wordplay that riffs off algorithms – because I believe that the chains of logic, formulas and if this then that rules urgently need to be paralleled with corresponding systems of ethics, values and assumptions, and new if we believe this must do that rules. I believe that every time we offload a task to an algorithm (a machine) we will also need to think about what kind of humarithm we need to offset the side-effects, i.e. how to best deal with the unintended consequences which are certain to arise.

“For example, we may eventually come to the conclusion that commercial airliners can indeed be better piloted by software and robots than by human beings; most research already indicates that this is indeed the case. But if so, we must certainly think about how the passengers will feel about traveling inside a large metal tube that is steered entirely by a robot. This may well be a typical case of where efficiency should not trump humanity.”

– Gerd Leonhard, “Redefining the Relationship of Man and Machine, The Future of Business, p. 87.

3. The Digitization of Everything 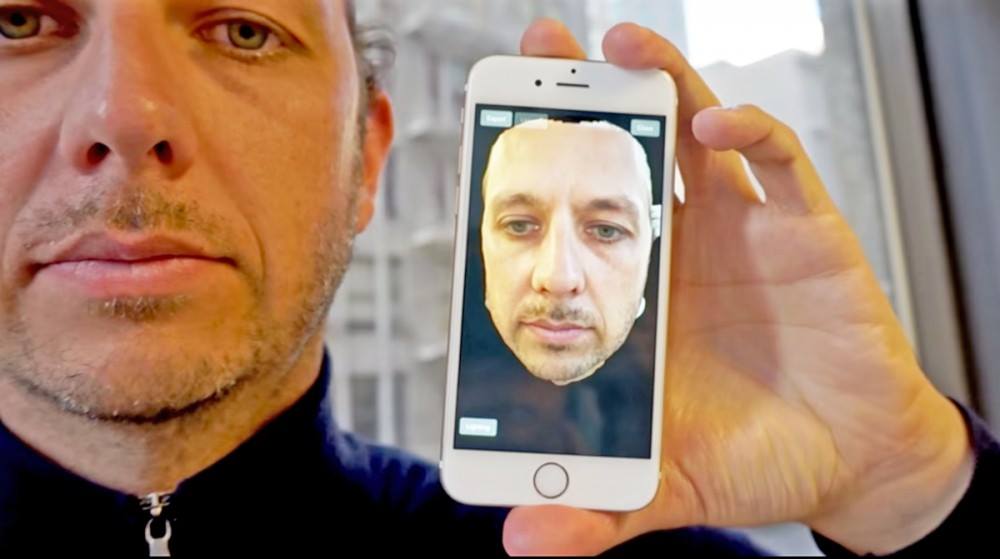 The current state of virtual reality is just now starting to grow in popularity. It used to be a sci-fi idea long speculated to occur, but never materialized. At least, not in the way we hoped for. Today is different. We’ve finally achieved real virtual reality and it’s growing up to become a marvelous new technology of the 21st century. One author of The Future of Business envisions a future where everything we see, everything we’ve touched – everything! – will eventually be digitized and integrated into a virtual simulation that people will spend a great deal of their lives in!

“We are entering a brave new simulated future. The concept of real will become irrelevant. The groundwork for this simulated future has already begun. The age of mechanization, automation and digitization is creating exponential change on our planet. Although it is just the beginning, it will continue until we reach an inevitable state of pure digital simulation. A future in which our brains can no longer distinguish between the real and the digital. An advanced simulation so immersive that some people will choose to reside primarily in the simulated domain.”

– Gray Scott, “The Automated, Digitized, and Simulated Future,” The Future of Business, p. 78.

For the last few years 3D printing has become a common-place technology that continues to WOW us by every turn. Whether it’s 3D printing new bone grafts, clothing, cars, or brand new homes, the technology known as 3D printing has officially revolutionized the industry, and it won’t stop there! As one of the authors of The Future of Business notes, 3D printing will give way to a brand new age of abundance – whereby all customers become subsequent producers whom own the means of production. Could this spell the end of capitalism and give way to whole new socio-economic system? Business leaders, you’ve been warned!

“What happens when the producer and the customer become one and the same – the owner and user of the means of production? What happens when our technology gets so advanced, decentralized, and inexpensive that each one of us will be able to command the potential creative and fabricating power of today’s multinational corporations and nation-states? This is what happens: the “Abundance Society”.”

– Sally Morem, “The Impact of Accelerating 3D Printing Technology on 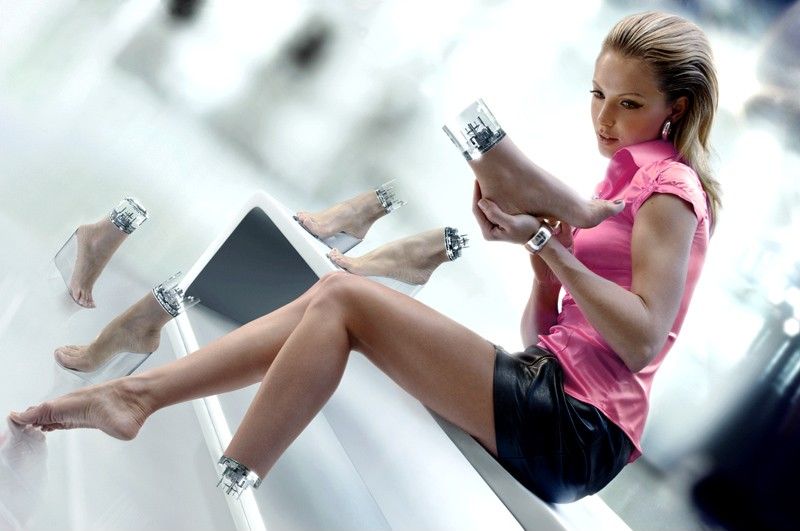 What does 3D printing, cybernetics, and bio-hacking have in common? Well, if everything goes according to plan, the near future will consist of business establishments known as Body Shops that’ll harness all three of those listed technologies in order to enhance and augment the human biological substrate. As a co-author of this book, my chapter goes into this future business of Body Shops, whereby I explain how each of those technologies are pushing our species to continuously re-question what it means to be human and how business leaders should prepare for a future of cyborgs!

“In the next 15 to 20 years, I expect the emergence of what I call Body Shops – that is, essentially, a shop where you walk in human and leave as a cyborg. These shops will be on par with tattoo and piercing shops in terms of access and popularity. The difference is that with tattoo and piercing shops you merely require staff with experience in both art and the proper means of piercing the body in non-detrimental ways. With Body Shops, however, it will require people who are experienced in the fields of both plastic surgery and biotechnology – capable of delivering what I consider to be fast food plastic surgery.”

The Future This Week: Computers Rule Everything!A Futuristic Presidential Library From the Eyes of an Architect