The era of A.I. is upon us and what better way of letting the world know this than through a game of both wit and strategy? From IBM’s Deep Blue to IBM’s Watson, humans have consistently found themselves on the sharper end of a stick when taking on their artificially intelligent opponents. And once more, another human victim has found himself on that sharper end, adding fuel to these digital flames.

In the first of five scheduled matches, Google’s DeepMind program AlphaGo has defeated the legendary Lee Se-dol in a game of Go. 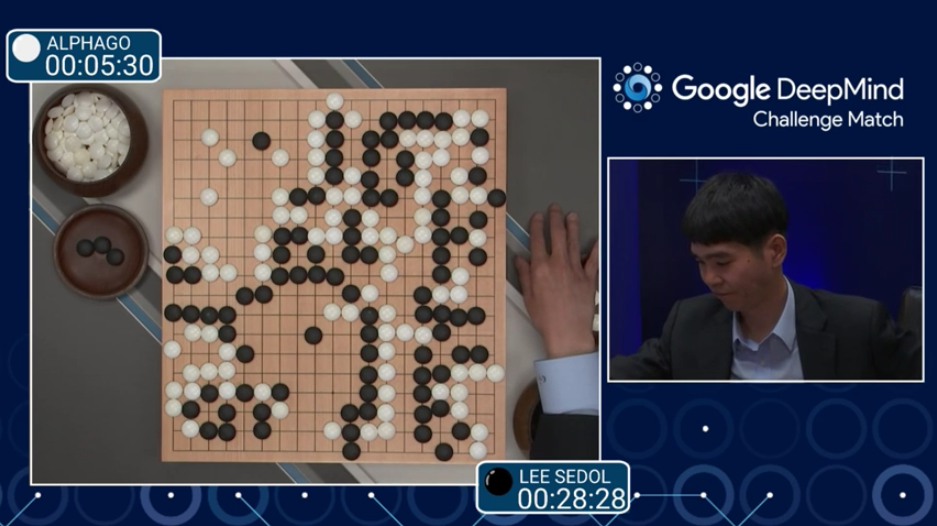 What can only be described as an historic victory for the A.I. program, Lee Se-dol’s only response was:

“I was very surprised. I didn’t expect to lose. [But] I didn’t think AlphaGo would play the game in such a perfect manner.”

here’s the board from #alphago’s amazing victory over lee se-dol https://t.co/16QOqOL467 pic.twitter.com/4x31ppMDge

History has been made here. AlphaGo now joins the roster of A.I. whom have proven to the human world they’re here to stay.

It isn’t entirely over for Lee Se-dol, however, as there are four more matches to be had against AlphaGo. As the fictional detective Sherlock Holmes would say, “The game is afoot.” The two will spar once again today at 1PM KST (11PM EST). Who will come out victorious is unclear, but it will most assuredly be a game you don’t want to miss.

Unlike chess, the abstract board game Go requires a great deal of strategy that can’t entirely be coldly calculated. This is what makes AlphaGo’s victory so significant. While it isn’t necessarily evidence of an A.I. program “thinking” as we know it in human terms, it certainly lays down the groundwork of machines going beyond its original programming to adapt to situations occurring in real-time. Like IBM’s Watson, AlphaGo has shown to be able to make very difficult decisions without too great of an effort and come out victorious as a result.

What this means for future A.I. isn’t entirely clear, but if this recent victory for AlphaGo tells us anything it’s that these programs are only going to become all the more intelligent at an exponential rate. Beyond the board games, future A.I. will not only reach the intelligence capacity of that of an average human, but will likely far surpass it soon thereafter. According to the futurist Ray Kurzweil, who is currently working for Google, this moment in time will be what is known as the Technological Singularity. When it will happen is anybody’s guess, but considering AlphaGo’s victory in a game of Go occurred ten years ahead of human predictions, it might just happen sooner than we think.