RssInstagramTumblrPinterestYouTubeGoogle+TwitterFacebook
During this year’s Zeitgeist Minds conference, Andrew McAfee, whom is the associate director of the Center for Digital Business at MIT and the co-author of [easyazon_link identifier=”0393239357″ locale=”US” nw=”y” tag=”seriou03-20″]The Second Machine Age[/easyazon_link], stepped in front of the audience and told a

story about the history of socio-economic development. For hundreds of years, McAfee would explain, we lived in what can only be described as a Malthusian nightmare – that is, we lived in a time when poverty increased alongside population size. But then something monumental happened: with the power of science and technology, we overcame that barrier and started to thrive as a species!

“I honestly believe, and the reason why we titled our book The Second Machine Age is, that all of us have the really good fortune to be here at a time when we’re seeing the next huge leap forward with technology, the next amazing acceleration in technological progress.” – Andrew McAfee 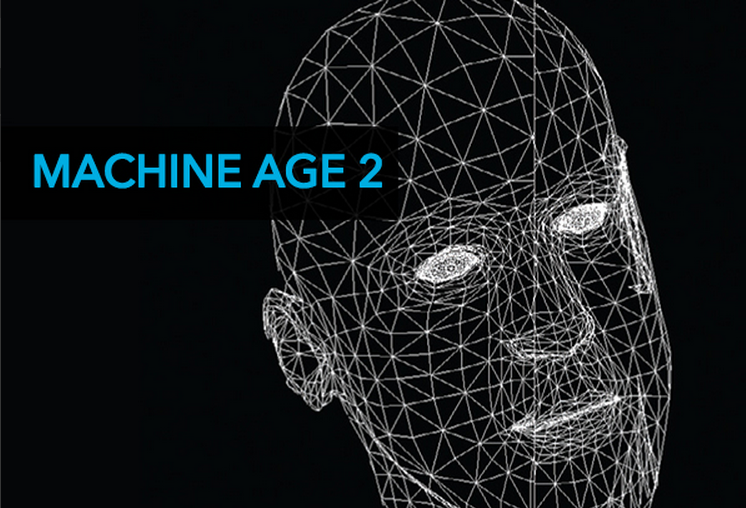 As a result of our ongoing scientific and technological endeavors, we’re now fast approaching what McAfee refers to as the Second Machine Age, whereby [easyazon_link identifier=”0984725113″ locale=”US” nw=”y” tag=”seriou03-20″]machine intelligence[/easyazon_link] will rise on par with that of human intelligence and compete with us. It’s a race in which we’ve never experienced before, but are quickly accelerating towards at an exponential pace. What happens after that is unknown, due to how difficult it is for us to see past the event horizon of the [easyazon_link identifier=”0143037889″ locale=”US” nw=”y” tag=”seriou03-20″]technological singularity[/easyazon_link].

18th century scholar Thomas R. Malthus once warned the public that a socio-economic disaster was in our midst which would effectively destroy us as a species. He believed that our planet was in danger of losing all of its resources as population continued to increase. What he didn’t compensate for his hypothesis, however, was how science and technology could not only help [easyazon_link identifier=”145161683X” locale=”US” nw=”y” tag=”seriou03-20″]proliferate previously known resources into abundance[/easyazon_link], but subsequently create newer resources as a consequence. The greatest resource we have today is information, and as the Second Machine Age ripens, that resource will skyrocket beyond our wildest dreams.

To understand the implications of the Second Machine Age, one mustn’t confine their search to singular markets of disruption, rather we must broaden our search to the entirety of society. Machine intelligence will quickly rise and affect all avenues of research – from medical to military to governmental. It will start off as something menial (though monumental in many ways), such as A.I. assistants in every cell phone and tablet – what futurist John M. Smart refers to as our “Digital Twin“.  From there, however, we’ll witness the birth of a machine so intelligent that the age-old questions our species have been pondering for millennia could possibly be answered at nearly the blink of an eye.