RssInstagramTumblrPinterestYouTubeGoogle+TwitterFacebook
Just a few hours ago the trailer for the upcoming science-fiction film Automata was released. Being perfectly honest here, I was blown away! This film integrates several different story lines that should be familiar to sci-fi goers.

Somewhere in the year 2044, there are a specific set of protocols pre-programmed into every robot to ensure they behave properly in society (a tweaked version of Asimov’s Three Laws of Robotics), to which some robots are starting to not abide by said laws (has Asimov’s robot series written all over it). What are these protocols?

As a result, which lays down the entire setting of Automata, an agent is sent in to investigate these rogue robots and destroy them if need be (can you say, Blade Runner?).

An insurance agent of ROC robotics corporation routinely investigates the case of manipulating a robot. What he discovers will have profound consequences for the future of humanity. 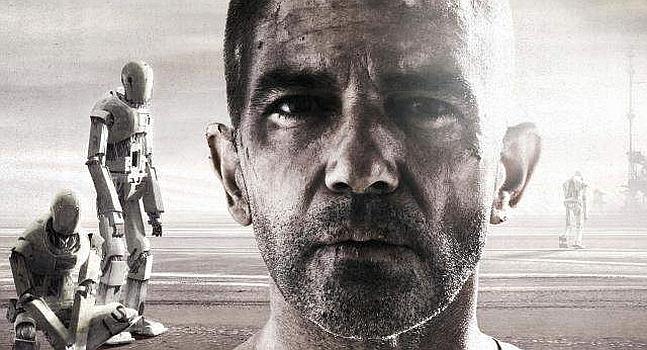 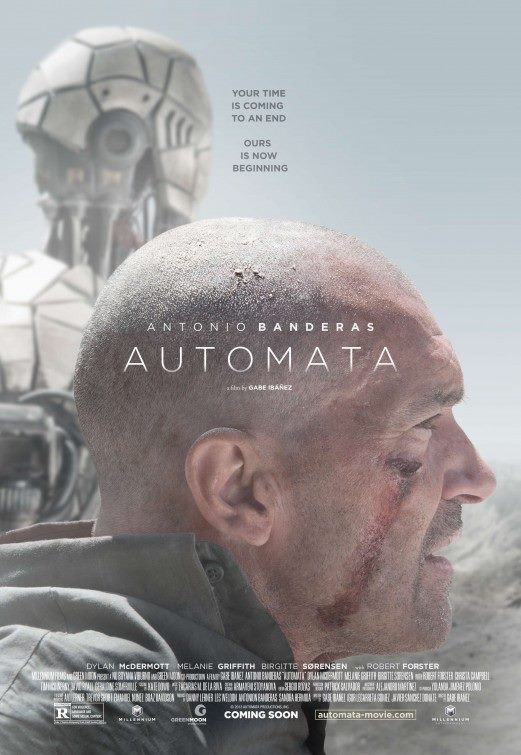 So which protocol are these robots violating? As the trailer clearly shows, they’re violating the 2nd protocol. In fear because robots are starting to alter themselves to how they see fit, humans believe that robots will then violate the 1st protocol and do harm to them. In response, Jacq Vaucan (starring Antonio Banderas) and his partner Wallace (starring Dylan McDermott) are sent in to destroy all robots violating their 2nd protocol.

Sometime in the film however, tables are turned as Agent Vaucan finds himself on the other end of the gun, fleeing for his life. To survive he finds himself becoming an ally to the robots who are subsequently fleeing, trying to live in peace and with freedom.

This film not only forces you to re-think the definition of life and what our future may hold for advanced robotics, but also paints a vivid picture of how life evolves and its relation to our own technological evolution. For millennia humans have used technology to help them transcend limitations. Today we’re using technology to help us transcend our biological limitations – this is known as Transhumanism. This picture is shown clearly in the trailer, only this time the robots are wanting to evolve themselves.

Jacq Vaucan: “You are just a machine.”

Robot: “Just a machine? That’s like saying that you are just an ape.”