RssInstagramTumblrPinterestYouTubeGoogle+TwitterFacebook
The invention of conscious artificial intelligence would be an event bearing the same magnitude as discovering life on another planet. It would detach consciousness from the human form, spawning a race that has its own sense of self-awareness.

Such a reality has been the essence of classic and popular works of science fiction like the rebooted Battlestar Galactica series and its prequel, Caprica. These works push us to face the implications of such a discovery.

Science fiction has often portrayed a mechanical race created by humans rising up and overthrowing us. The Matrix, Terminator, and Battlestar Galactica all touch on this and share many similar ideas.

But in Galactica’s prequel, Caprica, there’s a different perspective; it is not the revolution or post-apocalyptic aftermath which is the focus, but rather it’s the ominous acts that are set into motion that make up the nature of the show.

This is one of those moments when science fiction doesn’t take on the role of a telescope into a possible future, but that of a mirror, reflecting that which already exists.

In the episode, “There is Another Sky,” the character of Daniel Graystone presents to his board of directors what he views to be the future: a race of “tireless workers,” the Cylons. As he describes, these machines would seemingly solve one of the greatest difficulties of modern civilization: fair wages and safe conditions and hours for workers. Cylons solve this. More than an automated cashier, this is a race that could think and solve average to difficult problems while completely lacking the rights of the average worker—a mechanical race of slaves.

When the day comes that we have the computers and machines capable of replacing more and more complex jobs, when they can do so because they are sentient, do we see ourselves acting like that of Daniel Graystone?

If so, this doesn’t show us what we might be in the future, but what we essentially are already. In so many works of science fiction, the ethical and moral questions of how we ought to treat such artificially sentient and intelligent beings inevitably arises—as it does in later episodes of Battlestar Galactica—after the violence and after we’ve lost something of ourselves, something of our humanity, in our barbaric treatment of other sentient creatures.

And if there’s anything redeemable about the questionable conclusion of Battlestar Galactica, it’s the hauntingly resonant image of actual robots, the implication that they’re advancing towards something very similar to that of the Cylons seen throughout the show. Again, the mirror is there and it shouldn’t be mistaken for what things may be like in the future, but what’s in our minds to begin with.

We ought to be vigilant with the concept of true artificial intelligence. It’s a balancing act which if not attentively managed can tilt us towards potential chaos and disappointment, or another way towards missing out on the wonder and amazement of scientific progress.

The essence of what we should take away from Battlestar Galactica, Caprica and similar works is that we can’t afford to be either Luddites or hedonists when it comes to creating and using technology. These works are our stage to test the strength of our philosophies and ideologies so that we can hopefully arrive at a future where any form of sentience can be proud of the progress we’ve made. 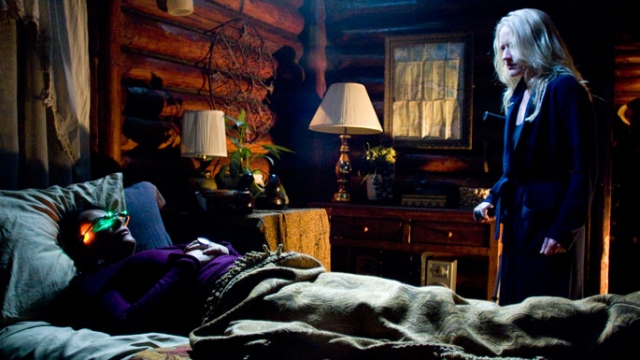 Don’t Fear the Robots, There’s Still a Use for UsLANGUAGE IS A MUSICAL ALGORITHM