RssInstagramTumblrPinterestYouTubeGoogle+TwitterFacebook
What do you get when you combine robotics with kangaroos? This was the question that was explored by the German automation company Festo, resulting in their latest high-tech design: the BionicKangaroo! No, the company didn’t install cybernetic implants on a biological kangaroo. Instead they designed a completely autonomous, energy-efficient robot which not only looks like one, but jumps like one as well.

Bionic kangaroos aren’t the only animals Festo replicated, but also birds, insects, and even a bionic handling assistant replicated from an elephant’s trunk. 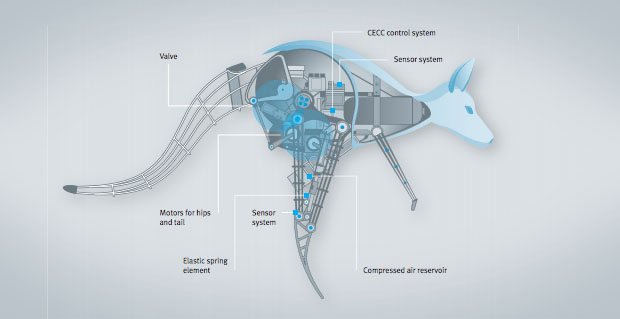 Taking a page from nature herself, Festo had to match the energy efficiency of actual kangaroos to ensure that, when its bionic replica took its first leap, it would be ready to take another without human intervention. To do this they had to equip its legs with motors by the hips, air compression, springs, and sensors.

“As an innovation leader for automation technology, Festo is always on the lookout for new or not yet widespread movement patterns and drive concepts. One source for new knowledge and future technologies here is nature.” – Festo 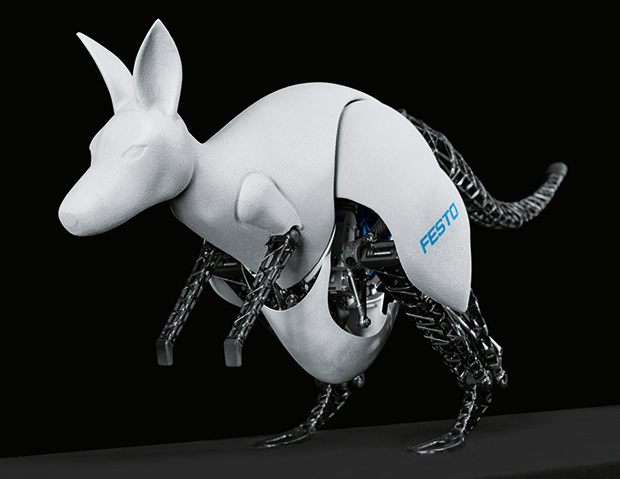 The motors between the hips and tail is important for the BionicKangaroo to compensate for the torque applied whenever it’s pulling its legs forward to land. With each jump the BionicKangaroo shifts its center of gravity forward, and as soon as the sensors detect that it’s at the right angle, pneumatic cylinders are activated and releases the newly stored energy for its next leap. As mentioned, the BionicKangaroo is very energy efficient, with the ability of transferring kinetic energy into potential energy every time it lands and tension is applied to its artificial tendon. 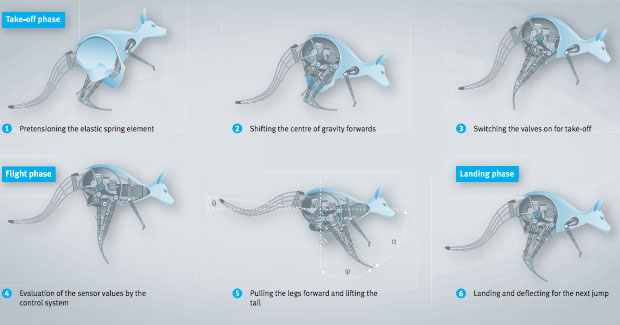 As of now the BionicKangaroo is completely automated and can also be guided using Thalmic’s gesture control armband Myo. As this bionic creature reaches the point so that it not only follows what its programming dictates but learns from it, will it start to write its own programming and guide itself without the help of humans? Will we be able to “resurrect” currently extinct animals by designing bionic replicas and release them into the wild? Better yet, are we the next animal that’ll be replicated for bionic replacements?