RssInstagramTumblrPinterestYouTubeGoogle+TwitterFacebook
The year 2015 wasn’t exactly the best year for robotics. If anyone were to remember the DARPA Robotics Challenge, the most popular segment to come out of that event was the consistent rate of robots tripping over themselves. No matter how hard they tried, they just couldn’t keep themselves up on their feet.

Though in less than a year’s time, all of that has officially changed. With the recent revelation of Boston Dynamics’s next generation Atlas robot, it would appear that its latest skill is maintaining balance.

“A new version of Atlas, designed to operate outdoors and inside buildings. It is specialized for mobile manipulation. It is electrically powered and hydraulically actuated. It uses sensors in its body and legs to balance and LIDAR and stereo sensors in its head to avoid obstacles, assess the terrain, help with navigation and manipulate objects. This version of Atlas is about 5′ 9″ tall (about a head shorter than the DRC Atlas) and weighs 180 lbs.” 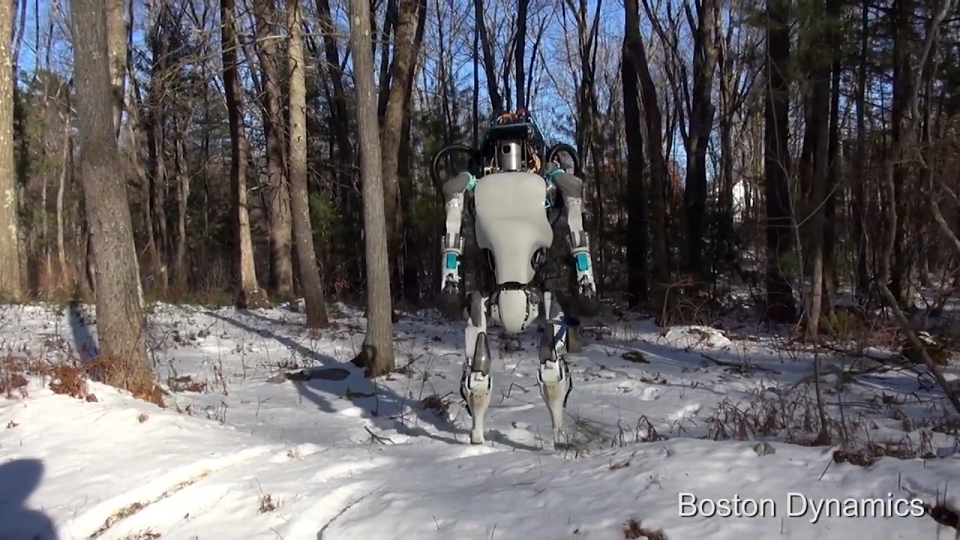 Ask any electrical engineer and programmer what they think of the new Atlas robot and they’ll likely respond with a surprised look on their face. This is certainly a crowning achievement in robotics, for sure. The collage of falling robots during last year’s DRC wasn’t just a hilarious fluke; they were merely displaying the (then) highest proficiency robots could operate under. 2016 will appear to change all of that. I can’t wait for the next DRC!

Though, as a warning to Boston Dynamics, as much as I tend to laugh off any claim that the robots will rise up against humanity, if you keep abusing them the way you do, don’t come crying back to us when the robots start pushing back.

Robotics is a future of which we’ve envisioned for nearly a century. In fact, one could argue that they were originally envisioned by the creative mind of Greek philosopher Aristotle, where he stated: “If every tool, when ordered, or even of its own accord, could do the work that befits it… then there would be no need either of apprentices for the master workers or of slaves for the lords.” Indeed, one of the main goals of the DRC is for teams to develop robots that’ll be used for emergency response missions.

Though, eventually, even they will transcend their own limitations and reach beyond even that of humankind itself. They’ll become our life-support systems, our counter-parts, our friends, and, yes, to others, our lovers. A robot today might be nothing more than a sophisticated – albeit clunky – piece of hardware, one shouldn’t judge a book by its cover. As the software advances, so too will the robot. And by that time, the robotics revolution will be full steam ahead!

The Future This Week: 3D Printing, Space Tourism, and Artificial SkinTesla e-Bike Could Be the Future Motorcycle You Never Thought You Wanted