RssInstagramTumblrPinterestYouTubeGoogle+TwitterFacebook
Air pollution is a huge problem our planet faces on a daily basis. It’s especially prominent in highly populated cities throughout the world. In the United States alone, the top 5 most polluted cities are all located in the State of California. Of course, thanks to better regulations, we’ve seen a rather large decrease in areas like New York City. But in other areas, including those outside of the U.S., like Hong Kong, China, the problem persists.

Which is why industrial designers Jordan Steranka and Tai Geng believe their design could serve some positive value. Say hello to Breathe, a smart air filtration necklace that’ll allow users to breathe fresh air while in the midst of it all.

“Some of the most unclean air can be found in cities, yet no one takes the initiative to breathe clean air. The products that do offer a solution leave little to no option. They are ugly and deter other people from interacting with them. Breathe is here to change that. Breathe offers a solution to clean air that is convenient and beautiful. It is worn as a necklace and is easily flipped up to your mouth in a time of need.” 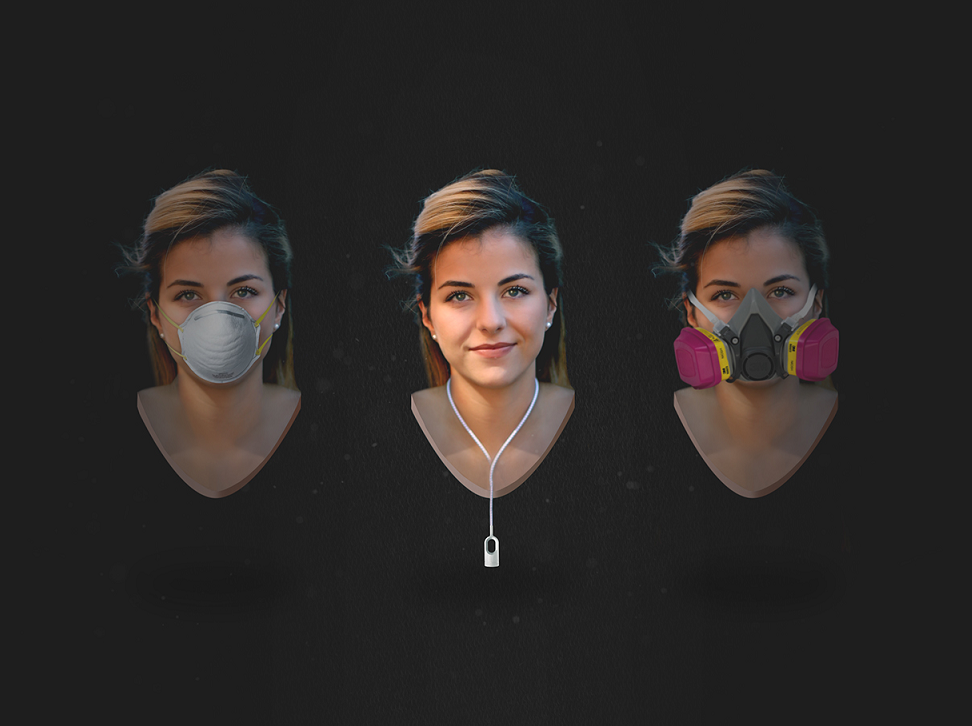 Breathe serves like any other normal air filtration device, but is applied in a way that is both functional and fashionable. No more masks necessary. Simply grab the small device dangling from your neck and breathe. The device works by containing a carbon filter, which is attached to dual carbon particulate sensors that alerts the user of a hazardous environment within close proximity.

The device would also be accompanied with an app, which would help provide health statistics, from how many breaths were saved because of the device to the detrimental effects of pollution itself. The device also contains an auxiliary jack for charging and connecting directly to your phone while on the move.

If we don’t put a stop to our unfortunate ways of polluting the air we breathe, we’re going to have to start figuring our creative ways in accommodating our existence on this planet. We require breathable oxygen, after all. And if we don’t have a breathable atmosphere, then we’ll need to start engineering devices that’ll help us combat this very serious problem. Whether we’re using air filtration devices like Breathe or we design artificial environments that are encapsulated in transparent domes, those innovations might very well be the very thing which saves us from our past mistakes. Of course, that all can be avoided if we just start taking better care of the planet of which we live on. Your choice.

The Future This Week: Stem Cells, Tesla, and the Self-Driving UberThinking Like a Futurist (INFOGRAPHIC)