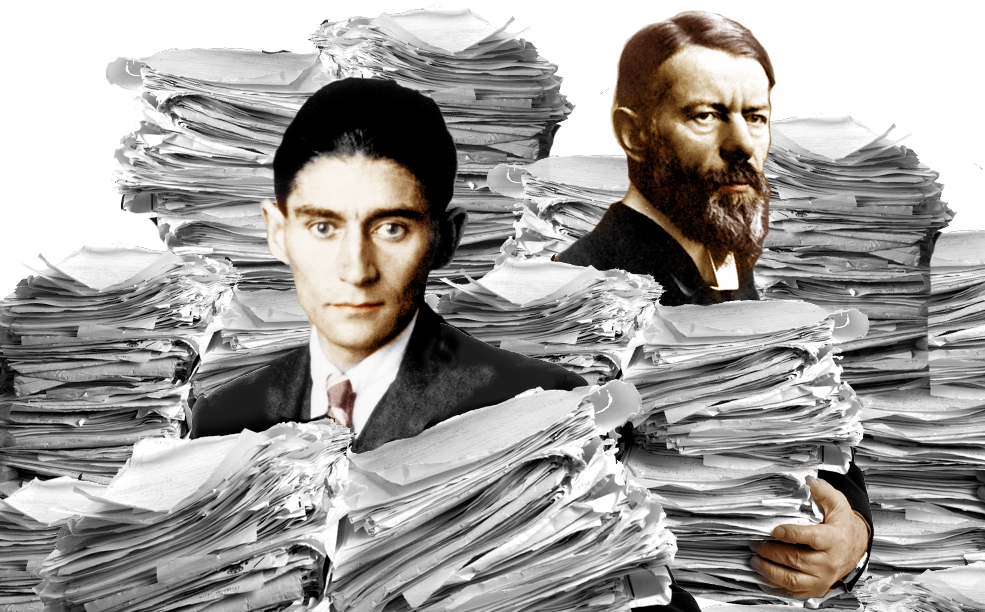 Bureaucracy, oh the love-hate relationship we share only fuels my passion to understand you. You mean well I’m sure, but you are imprisoned by what every man-made concept is imprisoned by – interpretation. The reign of bureaucracy is ever present in our modern society, effecting every aspect of the way we and government impact one another. Bureaucracy, in my view, should be a tool, not to govern personal belief and agenda, but rather share and discuss it at a grand scale. Bureaucracy holds more power at present than any governing body I can conceive of off the top of my head.

We are separated by those who believe action is the only reaction and active strategy above all is key. That government and bureaucracies talk endlessly about nonsense and engage in nothing but grandiose schemes and highly philosophical ideologies. Now, if only that were the case, perhaps it would be a baby step in the right direction, but that is not the scenario in reality. In fact bureaucracy indulges in minor concepts for vast profit, and basic global interests are masked in glamorized advertising and illusion of choice.

Now let me be clear: by illusion of choice, I obviously don’t mean you’re generally getting the same thing no matter what you buy. I legitimately believe that this glamorizing of various similar products changes the experience of the user drastically. Although that statement holds much controversy. What I do believe, however, is that most products hold no drastic physical differences or physical effects, but rather appeal to our mental perception and egotistical points of view and how broad that it can be shared among similar communities.

Bureaucracy in the future needs to act as a collective of minds that act on a circle of ideas, debate their values to society, and how its applications can be used within a governing body to help prosper the human condition altogether and not just brands. I also agree the governing body and bureaucracies shouldn’t be one endless social event in which nothing gets done, similarly blind action and strategy is not well held on its own either.

Bureaucracy shouldn’t govern, but it should have its own basis. Much like the government, it shouldn’t be biased, but it must understand the difference between governing and being subordinate.

Robotics Company Humai Aims For Life Extension via Artificial IntelligencePoetry and the Universe: A Cosmic Evaluation of the Seven Romantics