RssInstagramTumblrPinterestYouTubeGoogle+TwitterFacebook
The Care-O-Bot 4 may be your personal robot servant in the near future. This friendly robot looks like the perfect home service assistant. However, I can also imagine the Care-O-Bot 4 in factories, hospitals, restaurants and hotels around the world.


THE ROBOT REVOLUTION HAS ARRIVED.

“Care-O-bot® is the product vision of a mobile robot assistant to actively support humans in domestic environments. The meanwhile fourth generation of this successful development series is more agile and modular than its predecessors and offers various ways of interaction. It also stands out through the use of cost-reducing construction principles. In this way, large parts of its internal construction feature folding sheet metal, which is economical to produce in small quantities. The enhanced agility of Care-O-bot 4 is owed to the patented spherical joints around discreet pivot points on its neck and hips. They extend the robot’s working space and allow 360 degree rotations of head and torso.

Based on its modular system design, the fields of application for Care-O-bot 4 are wide-ranging. The robot can be equipped with one, two or no arms at all. The patented spherical joints on the robot’s neck and hips are optional. If the intended purpose is to serve drinks, one hand can be replaced by a tray, or the mobile base platform can be used on its own as a serving trolley. Individual robot platforms can be configured for a wide range of applications: a mobile information center in museums, DIY stores and airports, for collection and delivery services in homes and offices, for security applications or as museum robots at attractions –Care-O-bot 4 is a safe and handy human helper at all times.

Previous investigations have shown that social ways of interaction are essential for the acceptance of interactive service robots. As with previous generations, social role models were used as a guiding vision in developing the design and functionality. Using the display integrated in its head and based on the current situation, Care-O-bot 4 is able to display different atmospheres. While the concept for the Care-O-bot 3 was a more reserved, cautious butler, its successor is as courteous, friendly, and affable as a gentleman.” 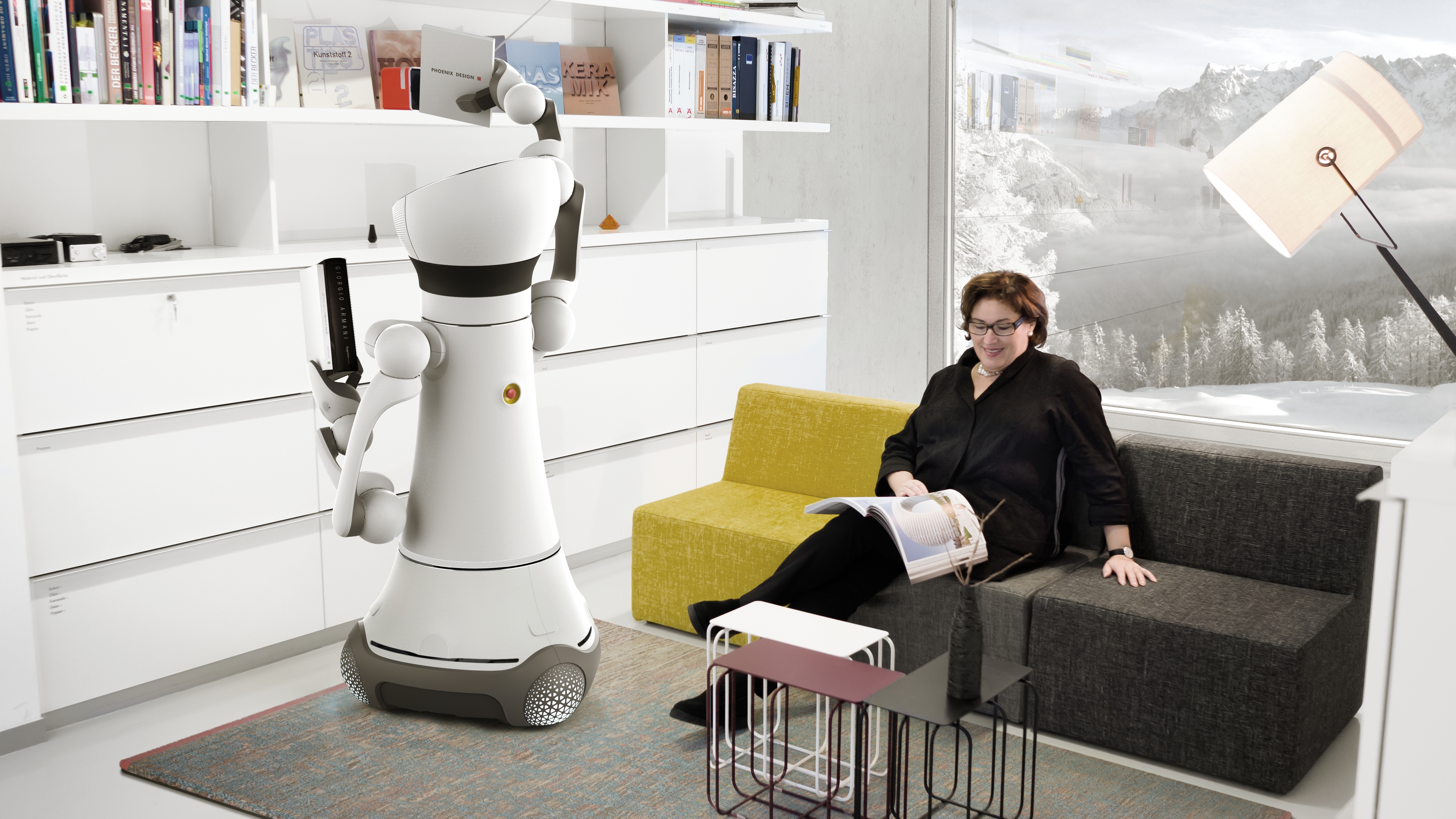 The Future This Week: ISS, Wearables, and Virtual RealityToday’s Universities Are Ill-Equipped In Embracing the Future of Work