One of the most talked about existential risks to our planet among futurists, philosophers, and scientists is the very real prospect of climate change making Earth unfit for biological life to preside in. If this were to ever occur, how would we react? Would we lay down our arms, per se, and go down with our planet, or would we leave and try colonizing other potential planets to call our home?

An upcoming sci-fi film produced in the U.K., Credence, provides a story of which paints one possible scenario. This scenario involves the richest on the planet buying their children safe passage off it so that they can start over again, and perhaps learn from their parents’ mistakes. One girl and her two fathers, however, are stricken by this scenario, as the fathers not only have to inevitably say their goodbyes to their one and only daughter, but have to give up everything they possess on Earth to ensure their daughter’s one-way ticket.

Synopsis
#Credence tells the story of a family torn apart during the last evacuation on earth after violent storms have made survival impossible. Hope has been found in the form of new worlds that support human life, however due to limited rocket capacity and life expectancy only children are permitted to evacuate, and even then – only the rich have ended up getting tickets. The landmark film follows 2 fathers’ decision to make the ultimate sacrifice to give up all their possessions to ensure the survival of their daughter, and the entire human race. 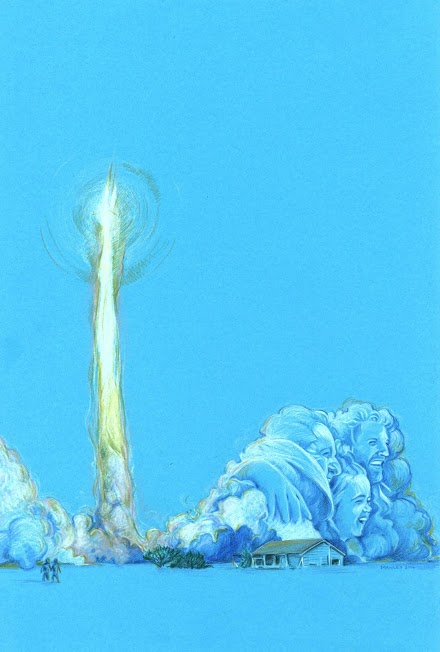 The developers of this film decided to seek funding via crowdfunding webpage Indiegogo, with a funding goal of £6,000 (USD $8,077). As of writing this they’ve nearly reached £19,000, with 21 days left in the campaign. That’s over 3x the amount they originally sought in funding thus far.

Despite the film’s largely dystopian setting – dying planet, families splitting apart, the rich rising above the poor, etc. – the producers of the film wanted to ultimately provide a positive message for their viewers. In a world gone to hell, they wanted to show the sacrifice and love of one family – and not just any family, but a family of one daughter and her same-sex parents. As the international community gradually comes to support LGBTQ+ equality, this film wishes to strike on that note of optimism and provide a beautiful story of love conquering all obstacles in front of it.

“Ever wondered what it might look like if a science fiction film presented LGBT people the way it should be done? #Credence will be the first Sci-Fi of its kind to challenge the way gay characters are portrayed in film.” – Producers of Credence, Indiegogo