RssInstagramTumblrPinterestYouTubeGoogle+TwitterFacebook
Say there are terrorists located somewhere in your city and they’re carrying around radioactive material that will allow them to detonate a “dirty bomb.” How would you proceed in figuring out their location? Use a radiation detector, of course. The only problem is that most radiation detectors are large and expensive. That is, until now.

DARPA has a solution. A solution that is both cheap and the size of a phone. And 1,000 people have already tested it out in Washington D.C. 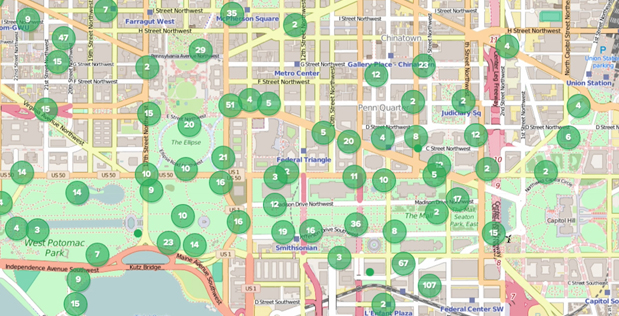 “By getting volunteers to walk all day looking for clues, the DARPA-sponsored exercise provided the largest test yet of DARPA’s SIGMA program, which is developing networked sensors that can provide dynamic, real-time radiation detection over large urban areas.”

Known as SIGMA, these smartphone-sized radiation detectors made their way into Washington D.C. as DARPA had 1,000 people participate in a scavenger hunt. In this hunt, the volunteers were told to look for clues which might help locate a geneticist who’d been mysteriously abducted. Thing is, both the geneticist and abduction were fictitious.

So then, what was the point? To help test out the radiation sensors through a fictitious plot that could otherwise be real elsewhere. There is always the threat of terrorism looming over our heads. And as it becomes easier for people to gain access to radioactive materials and be used for nefarious plots, we’ll need the equipment to help us effectively combat against it.

As noted, these radiation detectors are the size of a smartphone. And unlike current detectors which normally cost around $10,000, those used in the SIGMA project only cost $400. For more info on the tech., check out the video below.