According to Charles Darwin, the survival of a species isn’t based on its strength, nor on its intelligence, but rather on its ability to adapt to change. The same can be said of robotics. For robots to survive and “outlive” its predecessors, it’ll need to adapt to changing environments. Because of this understanding, a whole new field has been able to transpire and essentially redefine our understanding of both robotics and animals alike – biorobotics! 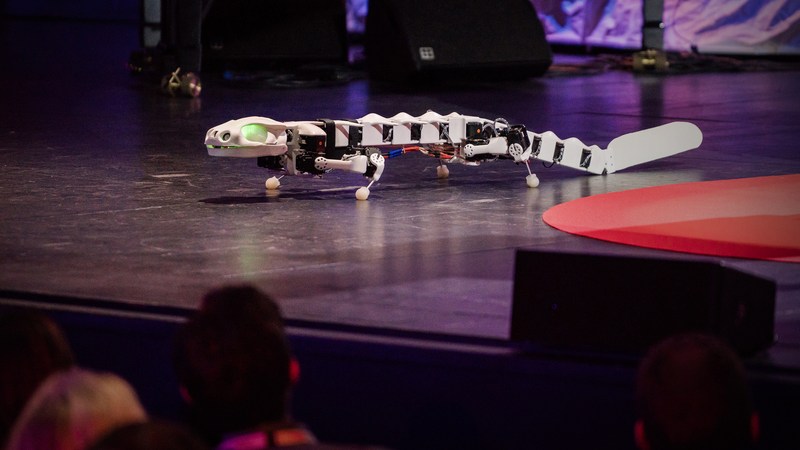 Nobody understands this better than Swiss roboticist Auke Ijspeert. Below is a TED Talk given by Ijspeert, in which he demonstrated not only the importance of biorobotics in terms of building better robots and learning the biological mechanics of other animals, but subsequently showed off Pleurobot. Pleurobot is a robot that was designed to mimic both the look and mechanics of a salamander species known as Pleurodeles waltl.

With the Pleurobot, the field of robotics begins to evolve outside of the lab and into an entire array of field assignments – search and rescue, surveillance, aid delivery, wildlife conservation, etc.

What else can the future of biorobotics help us achieve? Today we’re using robots to surveil other animals in their natural habitats. The importance of this field of research is to observe animals in areas and conditions that would otherwise be very dangerous for humans to pursue on their own. Because of the advancement of robotics, we’re now able to collect massive amounts of on-the-ground information about the animal kingdom every single day.

Soon, however, these robots won’t need any aid or oversight by humans. They’ll not only be completely autonomous, but will subsequently know what exactly they’re observing thanks to the exponential advancements of Deep Learning (DL) A.I. Last year, Serious Wonder was able to speak with the company founders of Aipoly, whom are developing devices which allow the blind to know what’s in front of them by using DL-enabled sensors. Near future expedition robots will be using the very same technology (though via much more efficient models).

These robots will be left on their own, traversing the globe in search of all known lifeforms which preside on this planet. They’ll be the size of both insects and large-scale mammals. They’ll fly in our skies, swim in our oceans, and climb the highest mountain peaks known to man. And when using DL-enabled sight, they’ll know exactly what they’re looking for, allowing them to ignore all of the background noise and irrelevant distractions which forces our current robots to require human aid today.