During our current technological age of the 21st century, topics like robotics, AI, mind uploading, and indefinite life extension are no longer topics of science-fiction, but rather of science-facts and possibilities. The most common one being heavily debated at the current moment is mind uploading.

Once we’re able to artificially replicate the human brain, and then begin uploading ourselves into said artificial brain, will we lose consciousness? Will we still be ourselves or will we simply create a copy? Is it a risk we’re willing to take?

I love life. So the prospect of indefinite life extension is attractive to me. Then again, seeing as how I wish to live much longer than my biologically-fixed clock dictates, it just doesn’t cut it to simply make a copy of myself, but not myself, live forever. I would never destroy my brain and let someone else be me for me.

If I’m to achieve indefinite life extension, then I want to do so with both my physical and functional continuity still in complete operation. Without one, the other is completely irrelevant.

When we’re going through REM sleep every night, our functional continuity fluctuates on and off, only to be completely restored the next morning. Yes, your consciousness before sleep was different from the consciousness you now acquire after sleep, but you remain yourself – you’re still self-aware. 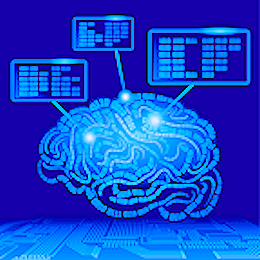 You can destroy your functional continuity and still have the chance to regain it so long physical continuity remains intact. The contrary, however, would be the end of your whole self.

Thus bringing us to our current dilemma of mind uploading. How are we to achieve mind uploading without destroying physical continuity in the process?

Virtual Predators: The Plains of Africa Are Digital5 FUTURE FORECASTS THAT WILL CHANGE THE WORLD