To simply “download” everything within your brain and upload it into an artificial brain, physical continuity (see Part 1) is being replicated, not maintained. Essentially you’d be partaking in a really cool process of cloning. That’s it. Think of Lieutenant Commander Data and his brother Lore from the Star Trek universe (ignoring, of course, your cloned self being a maniacal psychopath). 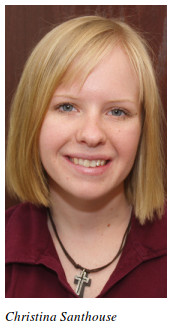 Which brings me to our current understanding of what is known as “Brain Lateralization” – the two cerebral hemispheres of the brain, separated by a longitudinal fissure. In other words, the left and right brain. Both are almost complete replicas of the other.

We’ve since discovered that, if one side of the brain is destroyed, the other side should still function. A great example of this would be now-twenty-six-year-old Christina Santhouse, who suffered from Rasmussen’s encephalitis – a neurological disease which causes seizures and the loss of motor skills. Once she began having over 100 seizures a day at such a young age, her and her family decided to take on a radical approach to address this very serious problem – take out the side of the brain causing this disease.

The result? She’s now a normal young woman, earning a scholarship to Misericordia University under a speech-language pathology major!

Why is this important? It paves the way in understanding how to maintain physical continuity while subsequently uploading your mind into an artificial brain. Imagine going through a process of downloading your entire brain and its various synaptic operations – including consciousness and functional continuity. Then you upload it into an artificially designed right hemisphere of the brain.

Now let’s say that you have an operation which replaces your right hemisphere of your biological brain for the artificial replica, all while keeping your left hemisphere completely intact. Over time, the right artificial hemisphere would become the dominant hemisphere, especially once your left biological hemisphere dies. So not only would you have then maintained functional continuity, but also physical continuity as well. You would achieve indefinite life extension via digital immortality.

This is the only way I can think of which will allow us to achieve both without losing one or the other in the process.

Read Part 1 of this essay.

Ready for an Artificial Brain?Here’s a Nest for Your Smart House