RssInstagramTumblrPinterestYouTubeGoogle+TwitterFacebook
Despite our seemingly increasing acceleration towards the robotic age, the average industrial robot today still cost thousands of dollars. By this observation alone, it’s hard for people to understand just how revolutionary the robotics industry is about to become. Believe it or not, in the near future, every single home will be equipped with its own personal robot. 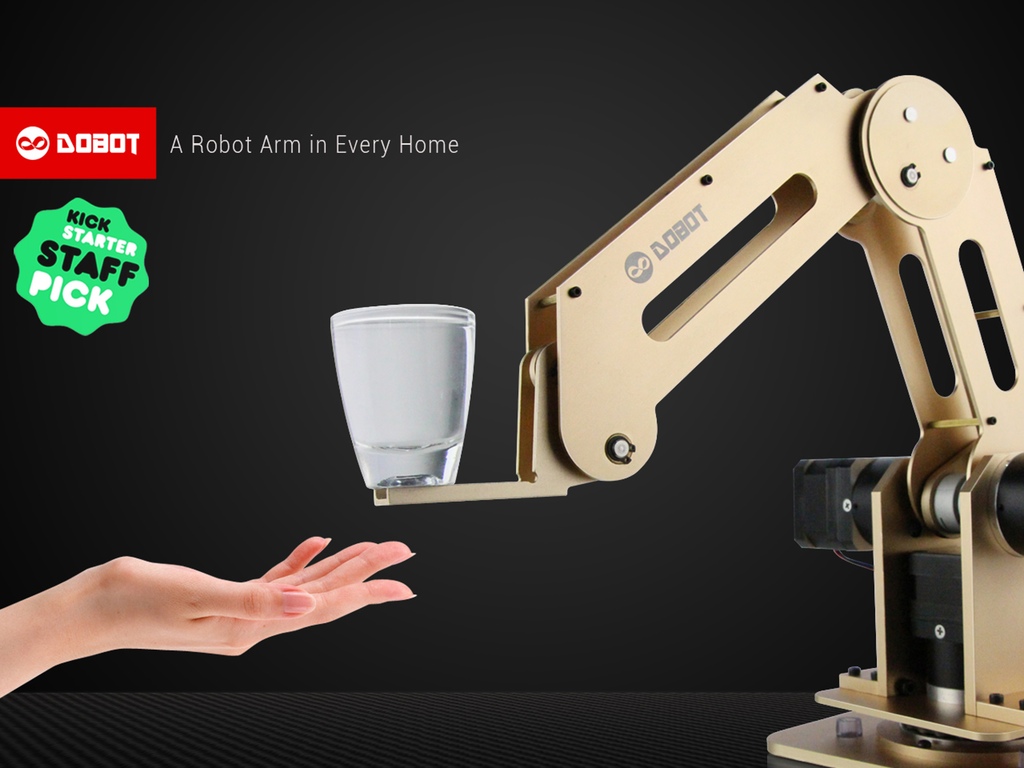 “Robot arms have a wide range of applications in industry, but because of the huge price tag and difficulties in operation, it seems very far away from our lives. We hope to bring the industrial robot arm to daily life.”

The Dobot is an Arduino-powered, 4-axis parallel-mechanism robotic arm. Unlike previous industrial robots, the Dobot is a versatile machine, ranging in capabilities that could accommodate everyone’s needs. From drawing, to writing, to moving and grabbing objects, this robotic arm is prepared to alleviate any and all strenuous tasks that take up your day-to-day projects and activities. Oh, and it’s also a 3D printer! Subsequently, the means of controlling Dobot vary in capabilities as well – through your PC, apps, gesture, voice, vision, and, yes, even your mind (via EEG)! And given Dobot’s open-source nature, once released to the public, you’ll be able to program a whole new set of skills and upload them for everyone to enjoy.

To top it all off, the team of engineers behind the Dobot plan on releasing it at a very affordable price, ranging between $400-800. So what’s the catch? They need the funds to help push this project along. Which is why the team decided to reach out to the public via Kickstarter with a total funding goal of $36,000. Fret not, however. They’ve already reached their funding goal and far surpassed it, having already accumulated over $275,000 with 19 days left in the campaign. In other words, mind-controlled industrial robots for everyone!

So what does this mean for the future of robotics? Well, firstly, it means that robots are becoming increasingly personal, ranging in activities and capabilities that apply to everyone. Secondly, with Dobot’s subsequent range of control – including, but not limited to, via the mind using an EEG headset – we’re developing a truly interactive robot that can be operated in any number of ways. Given its affordability and open-source nature, the Dobot also pushes robotics into a likely international market, which includes the online world.

Future robots will not just be affordable to everyone, but will equally be able to adapt to new conditions and update itself (or by others) when needed. People will be able to control large industrial robots via the mind as it prints objects of your choosing – from cars to entire buildings. At the simple gesture of your hand, these robots will understand what you need and react in a timely manner. You might’ve heard of the Internet of Things (IoT), but this is the dawning of the Internet of Everything!