RssInstagramTumblrPinterestYouTubeGoogle+TwitterFacebook
From June 10-11 in NYC, the Singularity University and CNBC partnered up to host Exponential Finance. Many top minds in the fields of STEM were present, and all were there for one purpose – to explain how exponentially growing technologies are impacting, and will impact, business. One speaker, in particular, looked beyond the physical scope of exponentially growing technologies and instead focused on a technology which allows people to escape their physical realities.

This speaker was Philip Rosedale, who is prominently known as the creator of über-popular online virtual world Second Life (SL). During his speech he talks about how he came to create SL, how SL impacted his conception of reality, and the projects he’s working on now that’ll bring the entire offline world into the online world.

The world in which Philip Rosedale promotes at Exponential Finance is that of something similar to Plato’s “Theory of Forms” – two interconnected worlds which makes up the sum of what we consider reality. Unlike Plato’s idea, however, the worlds in which Rosedale talks about is the offline and online worlds. Rosedale has been dedicating all of his time and efforts in blurring these two worlds together.

SL was just the beginning. With his new company High Fidelity Inc., he and his team are creating much more immersive virtual worlds that pays greater attention to both facial features and body movements. It’s the start of a grand revolution in not just business, but in reality in its entirety! During his speech he predicts that, in the coming years, virtual worlds won’t just be the chosen setting for gamers, but will be used by everyone – from businessmen to teachers, families to newly weds. People will actually want to go on vacation in these worlds, rather than spend lots of money to physically travel elsewhere.

Rosedale isn’t wrong. We’re nearing ever closer towards the next paradigm shift – the blurring of offline and online; augmented reality! Facebook’s acquisition of the popular virtual reality goggles Oculus Rift isn’t simply a random business act, but is preparation for the world that is coming soon. Eventually our physical bodies and virtual bodies will be conjoined, traversing the same material space. From then on, we won’t be referring to them as “physical reality” or “virtual reality,” but simply reality. In fact, we’re doing this now with aided mediums such as our smartphones, laptops, and tablets. Our greatest ventures won’t be in outer space, but in cyberspace! 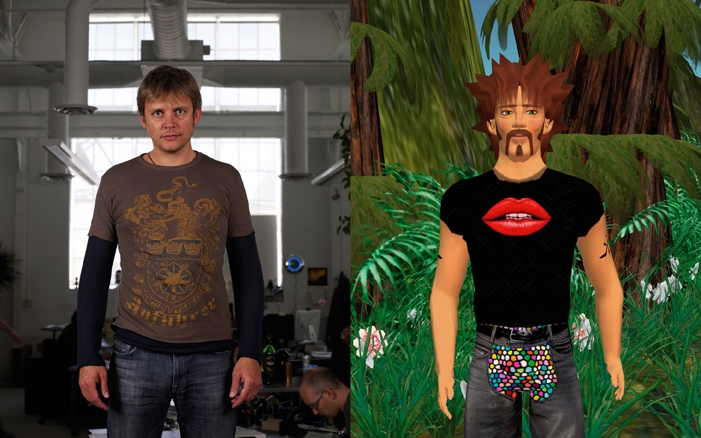 Philip Rosedale is the founder of Linden Lab, which created Second Life in 2003. Since then, Rosedale has stepped away from SL and co-founded a privately held company called High Fidelity Inc., which is dedicated to creating next-gen virtual worlds.