RssInstagramTumblrPinterestYouTubeGoogle+TwitterFacebook
On March 25, 2014, Facebook shocked the world when it announced its acquisition of the virtual reality (VR) company Oculus. And while a large portion of the gaming population became frantic in light of the news, the rest of us were left with excitement. Why? Because it was the first step taken in what would eventually become the future of the Internet.

“The idea is that virtual reality puts people first. It’s all about who you’re with. Once you’re in there, you can do anything you want together — travel to Mars, play games, fight with swords, watch movies or teleport home to see your family. You have an environment where you can experience anything.” 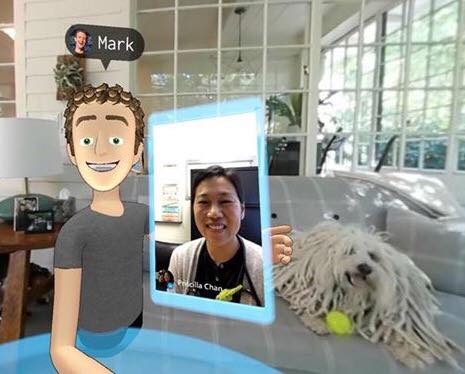 While Facebook’s work with VR is still in development, what we saw was nothing short of amazing. We not only saw the future of the Internet, but the future of social media – with a strong emphasis on ‘social.’ Below is a clip of the actual device reveal, but if you’d like to watch the entire 2+ hour conference, click here.

I applaud Mark Zuckerberg for his work on VR. He’s delivering what many of us have been talking about for a while now, where VR isn’t simply a product of gaming, but a product of life itself – of social interactions, web surfing, etc.

Imagine there being these small VR hubs that each individual would be able to rent out and use for however long they want. They’d be akin to apartment complexes, only you’ll use these rooms to immerse yourself into virtual worlds. You’ll be able to live inside of VR. You’ll also be able to leave whenever you want, whether it be to eat, go to the bathroom, go to the gym, etc., so long you’re still renting the room.

We’ve all seen the emergence of small living spaces, where an increasing number of people are living in small living quarters, don’t own a bunch of clunky objects, and their quarters are equipped with smart technology. These VR hubs could be even smaller, where you’re simply lying on a bed à la SAO inside of a small 10-by-10′ room because VR allows you to immerse yourself in a world that is as large as you want it to be.