RssInstagramTumblrPinterestYouTubeGoogle+TwitterFacebook
What is consciousness, and can it be expressed by a machine? Both questions are equally popular during this century, given the increased mention of a possible superintelligent artificial intelligence (A.I.) in our near future by several noted figures, ex. Elon Musk and Stephen Hawking. For science-fiction short film Flesh Computer, however, while the question of what is consciousness isn’t fully explained, the latter question most certainly is!

A weary handyman does his best to maintain order and care for his cybernetic ‘pet project,’ a strange mix of machine and flesh. But when a pair of thuggish residents threaten a young girl, the line between human and machine becomes blurred. 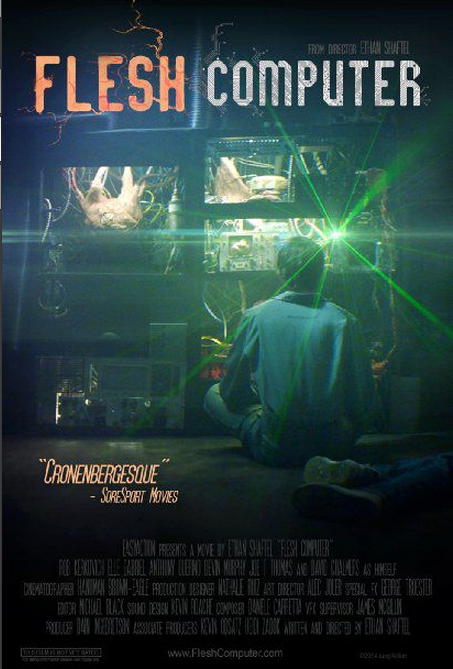 Flesh Computer is a story of one man and his cybernetic “pet project,” surrounded by what appears to be a dystopian setting where all living beings are partly machine in some way, i.e. cyborgs. Throughout this film, noted philosopher David Chalmers can be heard, and occasionally seen from television screen, discussing consciousness and its relation with humans, nonhuman animals, and machines (this clip was actually from a full interview between Chalmers and the director, which you can watch here).

Though when a couple of thugs come into contact with both the man and his project, resembling what one could call a “flesh computer,” the question of whether or not a machine can express consciousness is answered in a very surprising way!

Genesis Code: Review and Interview With Author Jamie MetzlMULTI Will Change the Way We Think of Elevators Forever