RssInstagramTumblrPinterestYouTubeGoogle+TwitterFacebook
Taking pictures can be fun, amusing, sad, or just downright boring. It isn’t just subjective observation that attains its own value through the eye of the beholder, but can also attain an objective value through the lens of your camera. Certainly one cannot make an objective observation of what is fun or sad or boring, but then not all camera images attain subjective values, but objective ones as well – like time travel.

Understand that I don’t actually believe cameras are tools to travel through time, but the images you take, depending on what camera you’re using and what object you’re taking a picture of, can capture moments of traveling time. And guess what? This happens to everyone! Whenever we snap a photo and it comes out blurry and distorted, this is due to the object you’re taking a picture of moving faster than the camera sensor scanning.

A lot of the time these photos are terrible. Certainly a subjective viewpoint, but then I believe it still acquires a sense of objectivity as well if one were to correlate “terrible” with “distorted”. But then, not all distortions are terrible. Nor are all distortions out of focus or blurry. Instead some distortions become illusions. And what better illusion of reality than time itself!? 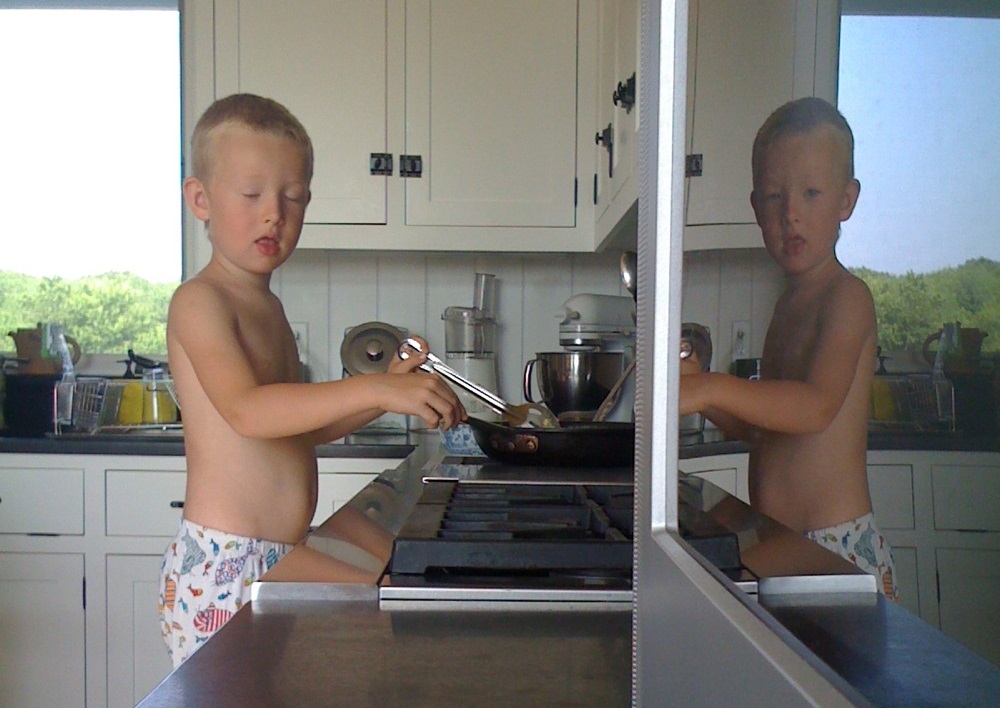 Take the picture provided above as an example. This picture was taken by Luke Mandle, and was shared on Boing Boing. What would normally require a few minutes on Photoshop, this illusion was achieved in a split second through one single snapshot of Luke’s camera.

What you are seeing is his child fixing breakfast. Unfortunate for him, like many photos taken by everyone of us, the child closed his eyes right when he took the photo – but then, fortunate for him, the child’s blinking was faster than the scanning sensor inside the camera. Clearly the camera’s sensor was scanning horizontally. As a result, as soon as the child closed his eyes during the blink, the sensor began its scan from the left, and as soon as it made it to the right, the child’s eyes were open again.

The conclusion? To the left of the photo the child’s eyes are clearly closed. To the right, however, thanks to the reflection from the TV screen, the child’s eyes are now open. In less than a second – mere nanoseconds! – the camera captured the traveling of time. Technically cameras always do this, no matter what, but then most photos either don’t show the effect at all or the effect is very distorted beyond clear recognition.

So fret not whenever you take photos that are distorted beyond visual subjective acceptance. You are witnessing time travel before your very eyes!