Google This, Google That, Google Robotics

Google wastes no time with investment in forward-thinking projects–the company has plucked former Android chief Andy Rubin to lead their new robotics research. The once solely search-focused company will be taking robotic engineering very seriously; they acquired seven companies that were working on all manner of robotics. Notable among these companies is Bot & Dolly whose articulated robotic arms Iris and Scout were used for precise camera movement in Alfonso Cuarón’s mega-film Gravity.

While remaining mum about most of the project so far, Google Robotics, (which must be the official name), and Rubin explained that their vision is for better robotics in supply chains and commercial delivery, alluding to some potential competition with Amazon’s delivery drones. Rubin and his team want to see robots deployed in areas like product assembly that still rely on people for most manufacturing. 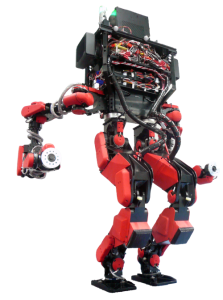 Another of Google’s notable acquisitions is Schaft Inc., a Japanese company that is a current contestant in the Defense Advanced Research Projects Agency’s (DARPA) robotic’s challenge in which companies create robots for humanitarian response to natural and man-made disasters.

With little to reveal other than the companies Google acquired, the images of the robots Schaft, Bot & Dolly, and others created, are enough to describe the ambitious products Google might be working on right now.

Achievements in robotics and automation have always permitted more leisure for people. The Industrial Revolution, while maybe not the sole force of change, freed people to dedicate time to introspection. With more free time made possible by mechanized labor, there is more opportunity for people to pursue creative impulses instead of focusing so much on economic survival.