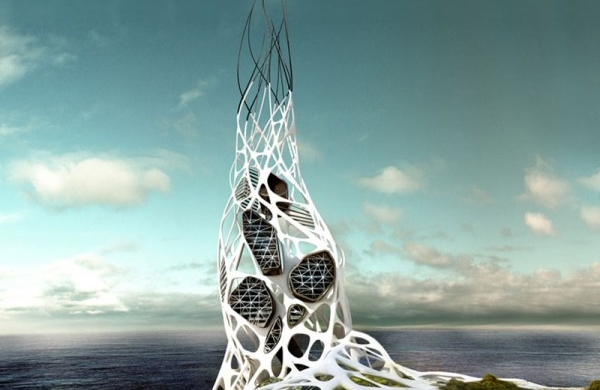 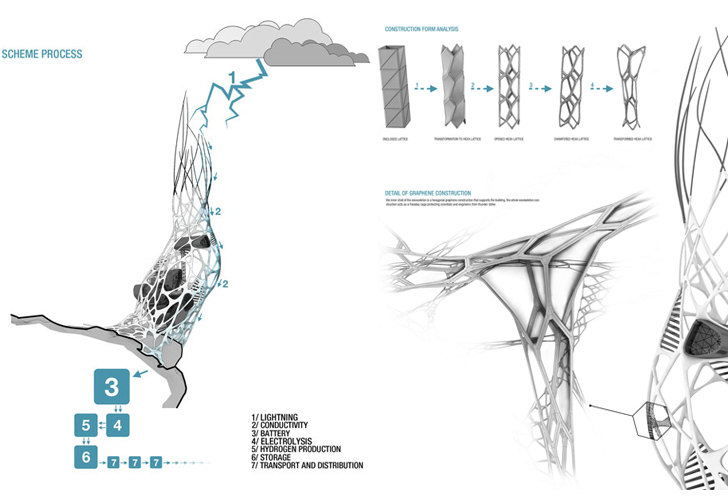 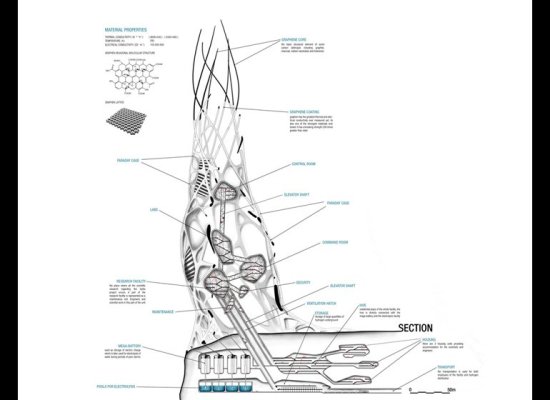 Much of the Earth’s sources of energy are untapped. Lightning alone is an example of the tremendous amount of power created by natural occurrences on our planet. Most of these naturally occurring energy sources are self-reproducing, too; there is no limit to their generative potential if left alone. The Hydra skyscraper is an example of a future-focused attempt to use energy that is already on Earth that requires minimal manipulation with the potential for maximum results. The Hydra skyscraper predicts a future in which issues of climate change are irrelevant because we receive energy from zero-emission, self-reproducing sources.

Lightning and water are the two components of the impressive Hydra skyscraper that uses electrolysis to form hydrogen and store power for future use.

Inspired by a mostly sedentary, simple aquatic organism, the skyscraper is designed to harvest electricity from lightning storms that is used to separate hydrogen atoms from water that can then be stored and reused as energy.

Constructed of graphene lattice, a material composed of small layers of carbon with high conductivity, Hydra skyscrapers would be built in regions with frequent storms.

Electricity from the lightning would be captured for use in electrolysis, though, in periods of infrequent storms.

As a fuel, hydrogen is zero-emission and is completely recyclable.

The designers of the Hydra skyscraper prefer to describe the power generation process as “borrowing” instead of using, because the only by product of hydrogen fuel is still more hydrogen-rich water.

The skyscrapers would also be outfitted with housing for workers, research facilities for scientists, and equipment used to transport the power produced and stored by the skyscraper to off-site sources like cities. 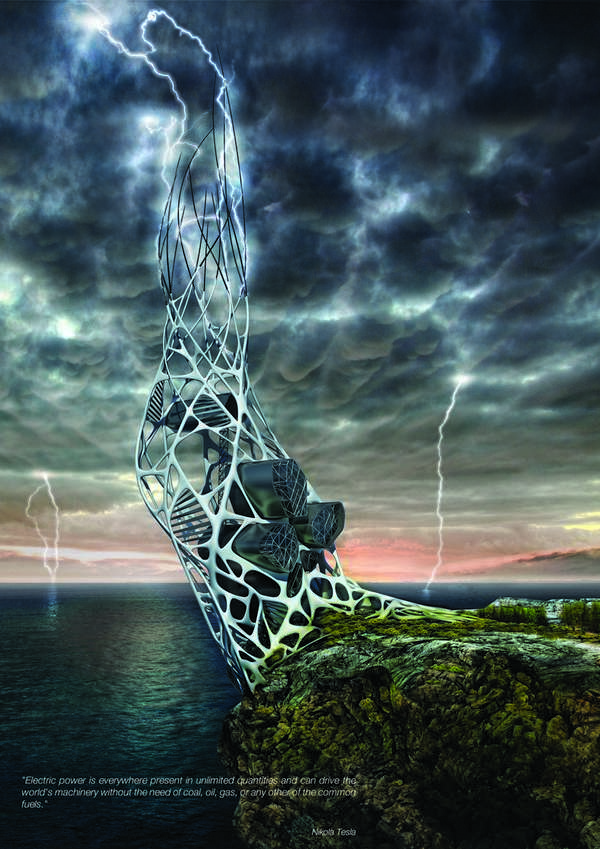