RssInstagramTumblrPinterestYouTubeGoogle+TwitterFacebook
September 22, 2014 is a good day for space travel. Not only has NASA successfully launched the SpaceX Dragon spacecraft, with the task of delivering supplies to the International Space Station (ISS), after a interplanetary journey of 10 months and 442 million miles (711 million km), the Mars Atmosphere and Volatile Evolution mission (MAVEN) has finally reached its target and has entered Mars orbit. It’s prudent to say, all of Earth’s eyes are now watching! 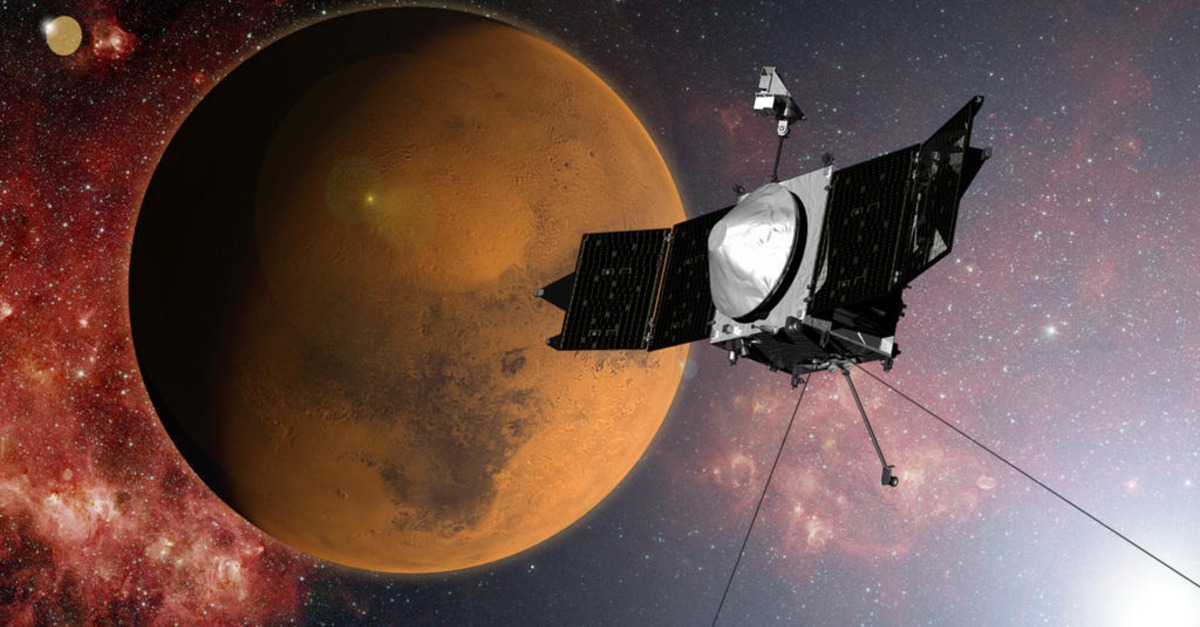 “So far, so good with the performance of the spacecraft and payloads on the cruise to Mars. The team, the flight system, and all ground assets are ready for Mars orbit insertion.” (David Mitchell, NASA’s MAVEN project manager, Goddard Space Flight Center) 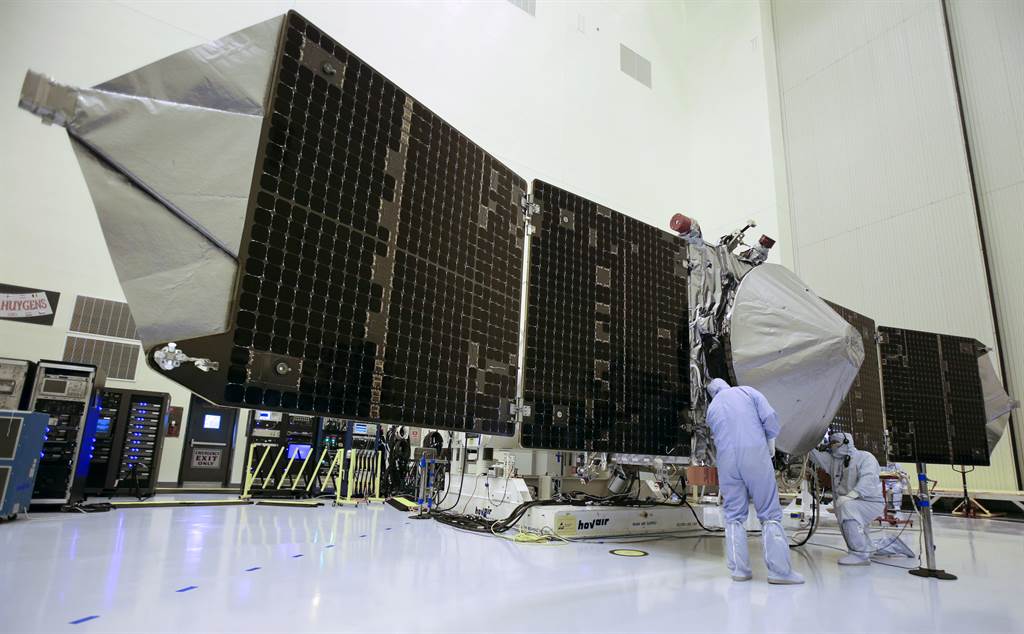 But MAVEN is not going to be alone for long. On September 24, the Mars Orbiter Mission (MOM), India’s first interplanetary mission launched on November 5, 2013 by India’s Polar Satellite Launch Vehicle (PSLV) from the spaceport of Sriharikota in Andhra Pradesh, will enter reach of Mars orbit and start the procedures for insertion.  In order to achieve this objective, and being captured in Martian orbit, the spacecraft will have to slow down from 22.1 km/sec to 4.4 km/sec. 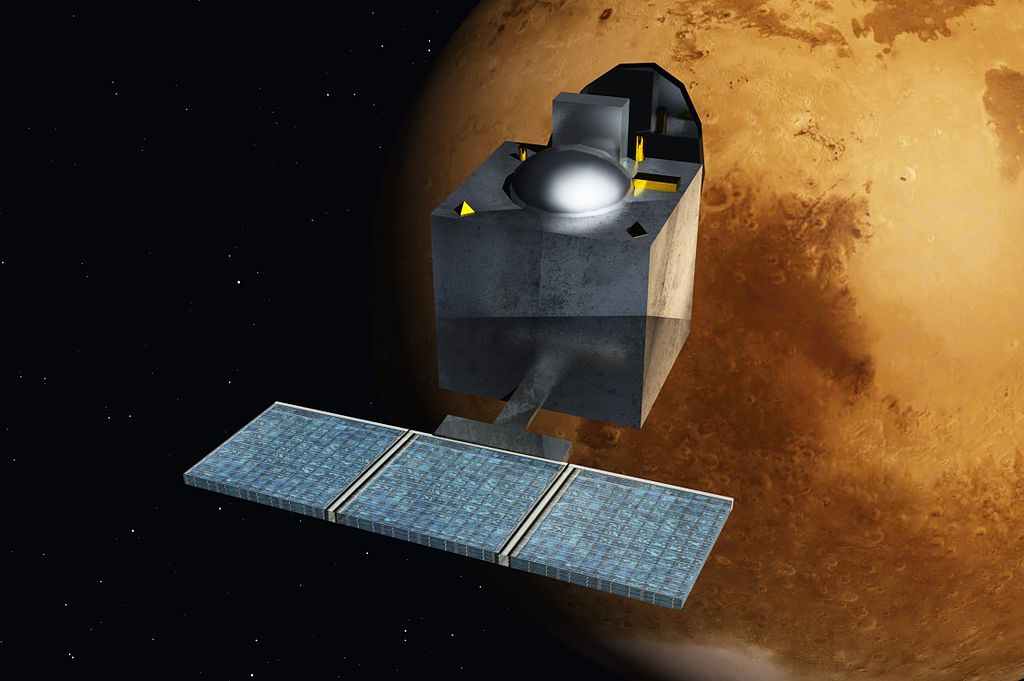 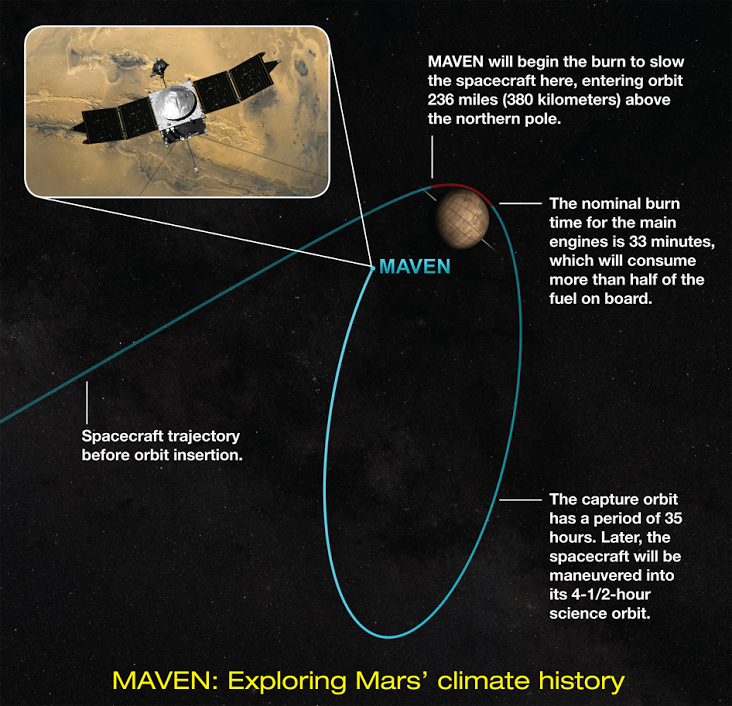 The first to reach the Red Planet is MAVEN. Launched on November 18, 2013 by NASA, MAVEN‘s objective is to explore the planet’s atmosphere and its interactions with the solar wind. Scientists will thus be able to understand why the planet’s atmosphere is so thin and why it lacks volatile compounds (such as CO2, N2, and H2O) essential for life.

More importantly, this mission has the important objective to find out what really happened on Mars, that was billions of years ago a habitable planet, with a thick atmosphere and amounts of liquid water able to sustain life. But due to some inexplicable event, scientists can’t so far explain why Mars became the dry world we know today, with an atmosphere just 1 percent of Earth’s density. MAVEN will try to crack this mystery.


“The MAVEN science mission focuses on answering questions about where did the water that was present on early Mars go, about where did the carbon dioxide go.These are important questions for understanding the history of Mars, its climate, and its potential to support at least microbial life.” (Bruce Jakosky, University of Colorado, Boulder, MAVEN’s principal investigator)

Mars is a challenging planet for space missions. So far, only 21 of the total of 51 missions sent to Mars by various countries have been successful (even though statistics vary). In the case of NASA, MAVEN will be the 10th orbiter launched to the Red Planet. The first was Mariner 9 in 1971, and the last one before MAVEN was MRO in 2005.  If the Indian MOM manages to successfully insert in orbit, India will be the fourth country – after USSR-Russia, USA and the EU – and the first Asian ever, to reach Mars.

Cyborg Battle In 3…2…1…The Future This Week: Electric Cars and Robot Fingers