RssInstagramTumblrPinterestYouTubeGoogle+TwitterFacebook
Many predict that in around 10-15 years, a licence to drive a car as a human operator on public roads will be almost unheard of. The taxes and fees that we will see on insurance and registration will keep you from practically ever getting a drivers license and operating a vehicle anywhere in public.
These claims of the future are highly controversial, but here’s a breakdown of how these can be substantiated. Autonomous vehicles are on an exponential curve of implementation. GM, Honda, Tesla, Mercedes, Google and other large companies have stated “Driverless Cars Coming By 2020”. If this is the case, we may see the imminent smear campaign against negligent human drivers, which could fuel the legislation to make human drivers obsolete. Nightly news reports during this time might go something like this: 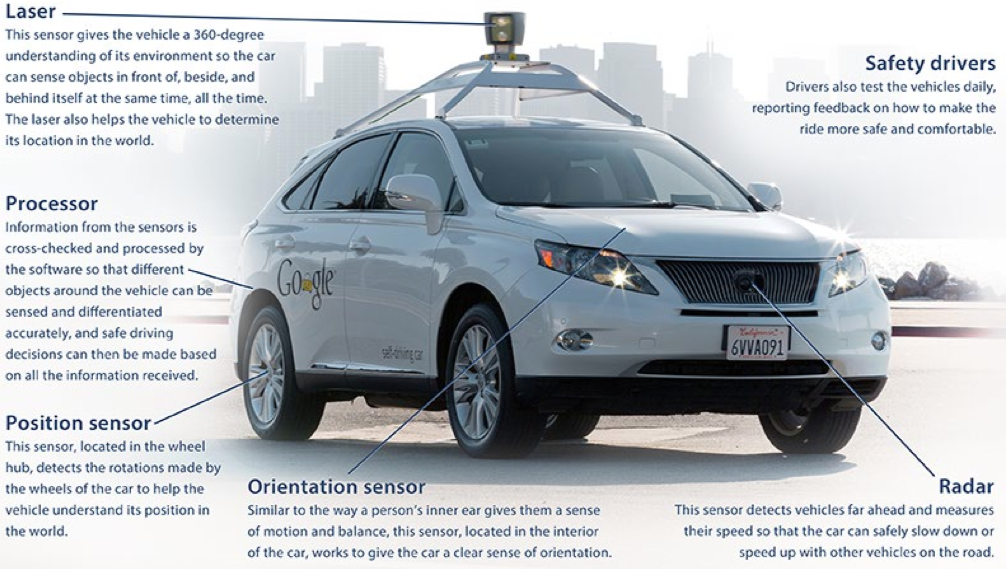 This new technology does not claim perfection, just more efficiency than humans error rates and failures. Though there is the risk that a self driving car may short circuit or loose connection, our brains are as prone to failure as any computer, perhaps even more so. Companies looking to profit from driverless cars know this, and in the future we will most likely see advertising and promotions that display the faulty nature of human operators.

The amount of money we spend each month on insurance is based on our error rates and driving record. When insurance companies can save and profit off of autonomous vehicles, driving records will gain new standards, and insurance rates for human drivers will most likely increase. Currently, governments legislates public roads to maximize the safety of the citizens. Driving tests are conducted to gauge the competency of the person applying for access to operate on public roads. When autonomous cars become standard, what will the driving tests of the future look like? Can we compete with the soon-to-be digital chauffeurs?

In 2009, 9.5 million vehicles were involved in the killing of 33,808 persons and put a quarter of a million more in the hospital. The American Automobile Association found that this costs the country around $450 billion a year. Google claims it can reduce that amount by $400 billion. This is a strong claim, but consider all the other car and insurance companies that are lobbying  government agencies for new legislation. It’s in all of their interest to make driverless cars happen. Are we ready to hand the keys over? Or, said another way, are we ready to accept our shortcomings as operators of huge metal machines traveling at high speeds that put other humans at risk?

Personally, I will be the first to hand over my keys. I know the dangers of texting and driving. But when the clever, witty response override my logic and I take my eyes off the road to reply, I put not just myself but other people at risk. Knowing I am prone to this and a plethora of other shortcomings, then extrapolating that to others on the road, it becomes an egoic delusion that we as humans are the most equipped to be operating these machines. I welcome the day where I push a button on my phone and a driverless car arrives to take me safely and efficiently to a destination of my choosing.