We are fast approaching a future beyond our wildest imagination. From Virtual Reality to Transhumansim, how we perceive “reality” will largely be a construction of our own devising. Both our environments and ourselves will be the result of our own technologically artistic expression. To better understand this coming future, Serious Wonder spoke with Jeffrey Lynn Damon, aka. Techn0.Shaman, who is based in Toronto and is at the forefront of what he calls EVR development.

“EVR is an important part of my life because I see a huge potential of exploring and recreating actual dream states, psychedelic visions, nightmares, and the unconscious parts of our brains that we spend a large portion of our lives in but do not have the capability of exploring and sharing, until now.” 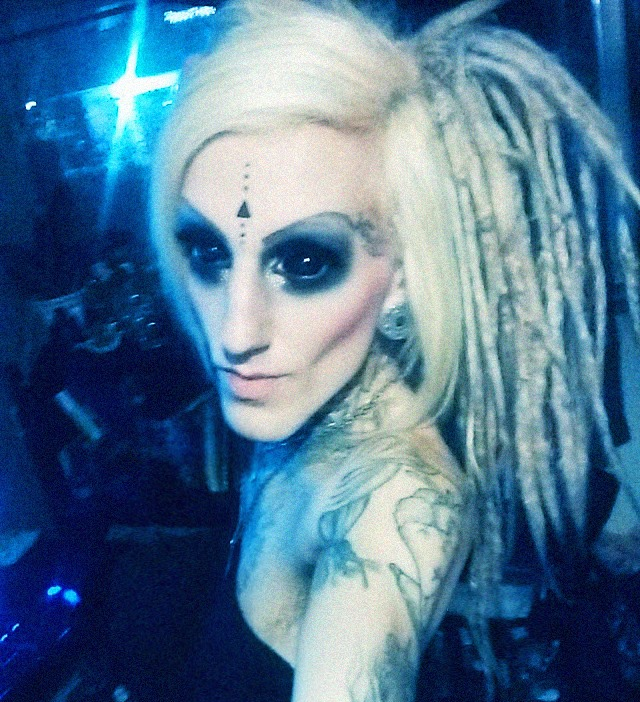 Q: Hello Jeffrey! I’m pleased to be speaking with you. First off, tell us a little about yourself. Where are you located and how would you describe yourself as an individual?

A: Hello. I’m Jeffrey Lynn Damon aka. Techn0.Shaman. I live in the downtown core of Toronto, Canada. I’m an advocate for the psychedelic experience, and a techno-optimist transhumanist. A large part of my life is focused around my immediate community and friends. The democratizations of mobile and social networking technologies that arrived just after the new millennium allowed me to become the entity I am today. I greatly cherish and appreciate those around me here on Earth

Q: How long have you been involved in the Transhumanist movement and what would you say is the current status of said movement in Canada today, especially in Ontario?

A: I discovered the term ‘Transhumanism’ in 2012 when I stumbled across the website www.futuretimeline.net, although my entire life I have felt drawn to the latest technologies, philosophies, and intellectual studies of the future and humanities. There is an active Transhuman community here in Toronto. I have been in contact with a few members but have not actively sought out any events as of yet.

It’s thriving, though as the group meets every Tuesday at the Toronto Reference Library. More people are being exposed to the idea of Transhumanism (which I closely see in conjecture with a Utopian outcome for all species on Earth and will eventually propel us into the nature-preserving citizens of the galaxy that we can feel approaching us in the next few decades).

Q: We’ve known each other personally for a while now and I’ve always been fascinated by your phenotypical aesthetic. Considering the fundamental tenet of Transhumanism known as Morphological Freedom, would you say that your personal appearance is a way for you to convey the future of which you envision – from both a societal and individual perspective?

A: Morphological Freedom is a by-product of the evolution of culture. I see history as a mass hallucination. And as we approach the omega singularity point, things will appear to become more chaotic and all boundaries will dissolve between each other. The future is a beautiful place where anyone can appear however they wish, not limited to the constraints of the biological medium that our consciousness inhabits.

You know, Octopi wear their meanings. I think most people assume that when an Octopus changes color, it’s a form of camouflage, but what’s actually happening is they’re exteriorizing their meanings as a form of communication on the surface of their bodies. The (trans,post)-human future is going to be very similar to this, my appearance is a reflection of who I am and the meanings and feelings inside of me to the best of my ability with currently available aesthetic and technological (financial) means.

Q: Let’s talk about virtual reality (VR) right quick. You’ve been heavily involved in the development of VR simulations and landscapes for quite a while, of which you frequently visit and spend considerable time in. Firstly, what is it about VR that catches your interest? And secondly, how do you envision the future of VR in the next few decades?

A: Virtual Realities are something that have been around since the invention of agriculture. We often think of VR as a pair of goggles that sit on your face and transport you into a new dimension, but that’s actually an Electronic Virtual Reality which was first introduced into the realm of Science Fiction by Stanley G Weinbaum in the late 1940’s. With the latest advancement in technologies, the 10x fold of sensors, the fact that everyone has a mobile phone which has more computing power than a desktop PC did even 6 years ago, we will see in the next 5 years a large amount of the population logging into the internet as a three dimensional experience in congregation with the two dimensional page experience we have been limited to over the last decade.

Electronic Virtual Reality (EVR) is a technology that I envision as a force to share our collectivised dreams on a mass scale with little input/resource extraction from the Earth. Terence McKenna once said, “the difference between a 100 story building and a 1000 story building in virtual reality is a ‘0’ in a line of code,” and it’s true. Once we can build structures from our imagination out of photons and share our dreams – the inside of our heads, built with light – we could potentially save the planet from the rampant problem of materialism.

Ten years from now, I envision people spending many hours in these headsets, which will slim down in design into something similar to a small projector that will launch you into these worlds by shining light directly into your retina (which will eventually supersede itself with Augmented Reality) the same way television was transcended by the invention of the internet. Ray Kurzweil has spoken about the idea of Nano-bots swimming through your blood stream and attaching themselves to nerve endings, sensory inputs/outputs, and into the capillaries of the brain and will trick our senses into an EVR by connecting you up into the cloud (where a majority of computation is done).

EVR is an important part of my life because I see a huge potential of exploring and recreating actual dream states, psychedelic visions, nightmares, and the unconscious parts of our brains that we spend a large portion of our lives in but do not have the capability of exploring and sharing, until now with the democratization of mobile EVR technologies.

Q: Thank you again for speaking with me, Jeffrey. Is there any final advice or thoughts that you’d like to share to Serious Wonder’s readers?

A: To the future, without fear! Thank you.