And so she sings, we’re all virgins to the joys of loving without fear…. 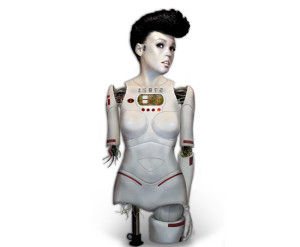 Following her EP Metropolis, Janelle Monae has used the analogy of synthetic intelligence to argue topics like civil and gender right along with giving a new meaning to the ideal of LGBTQA. Perhaps the ‘T’ can stand for Transhuman or the ‘A’ for anything. In the five suite chronology of her 3 albums thus far, Monae has painted a picture of pop, rock, rap, jazz, blues, R&B, funk, and even  folk to keep our attention on snapping our fingers while she rants about her own frustrations with lack of empowerment in the increasingly techno-connected world .

Monae’s album is modeled after the many interpretations of the story Metropolis, in which the son of a futuristic city’s mastermind falls in love with a working class prophet who predicts the coming of a savior to mediate their differences. Her consistent theme is a love between an human man and a robot women, but in this recent album has evolved into more storied about the her self confesses alter-ego cyborg Cindi Mayweather and her own identity as a seemingly LGBT supporter (for Robots).

Before ‘Metropolis’, she released the albums ‘Electric Lady‘ and ‘Archandroid‘ , which address issues surrounding marriage equality, but more importantly marriages origins, and the distribution of ownership on sentience (formerly women for instance). They also discuss the human race’s ability to create laws that better acknowledge independence of things and the distributed ownership of those things. Monae has been charged by the LGBT community in 2013 for the overwhelming references to equality. While the ideal of equality is more difficult when we consider species aside from humans, establishing rights for animals and other beings is a ticking clock that the world best engineers have seemingly disregarded. While PETA and supporters are arguing that Animal Rights equal Human Rights, the arguable deterministic existence of technology has humans on a collision course with the ethics of how it manages its own creations. 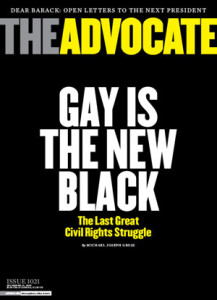 Michael Joseph Gross coined this event The Last Great Civil Rights Struggle. Pundits tend to be quick to make something finite in order to capitalize on a fad, but aside from marketing, that viewpoint is not true. As minorities exist and define their niche forte, there will always be more. We are reverse engineering our way to pure individualism. Imagine 7,000,000,000 cultural labels and counting. LGBT issues are just the latest struggle, but the next or perhaps the one after that will be Humanoid issues. There is an ethnography to everything including the technology that compels and propels our daily lives. As we humans try and engineer our ways out of all labor we’re starting to create sentience. Just as Edgar Rice Burroughs writes the Master Mind of Mars we have the potential to fall in love with a beautiful mind transferred to a horrible body. How would ethical code change legally if Cindi Mayweather, a humanoid lady, fell in love with Anthony Greendown, a gentleman?

James is a TechnoProgressive and author enthralled with Ethnography and Data. He is an Adviser at Stall Talk Inc, nuOctave and Sapiens.