RssInstagramTumblrPinterestYouTubeGoogle+TwitterFacebook
On March 27, something transformational had transpired. The very first, democratically elected, President of Virtual Reality had been officially chosen – and his name is Jon ‘NEVERDIE’ Jacobs. Hosted by the Swedish VR developer Mindark PE AB, Jacobs came out with an astonishing 70.9% majority vote, under a campaign promise that he will create one billion jobs in virtual reality (VR) in response to the rapidly approaching future of technological unemployment.

As human jobs in the physical sphere continue to be replaced by advanced automation via robotics and artificial intelligence (A.I.), could Jacobs’ platform actually make a difference? 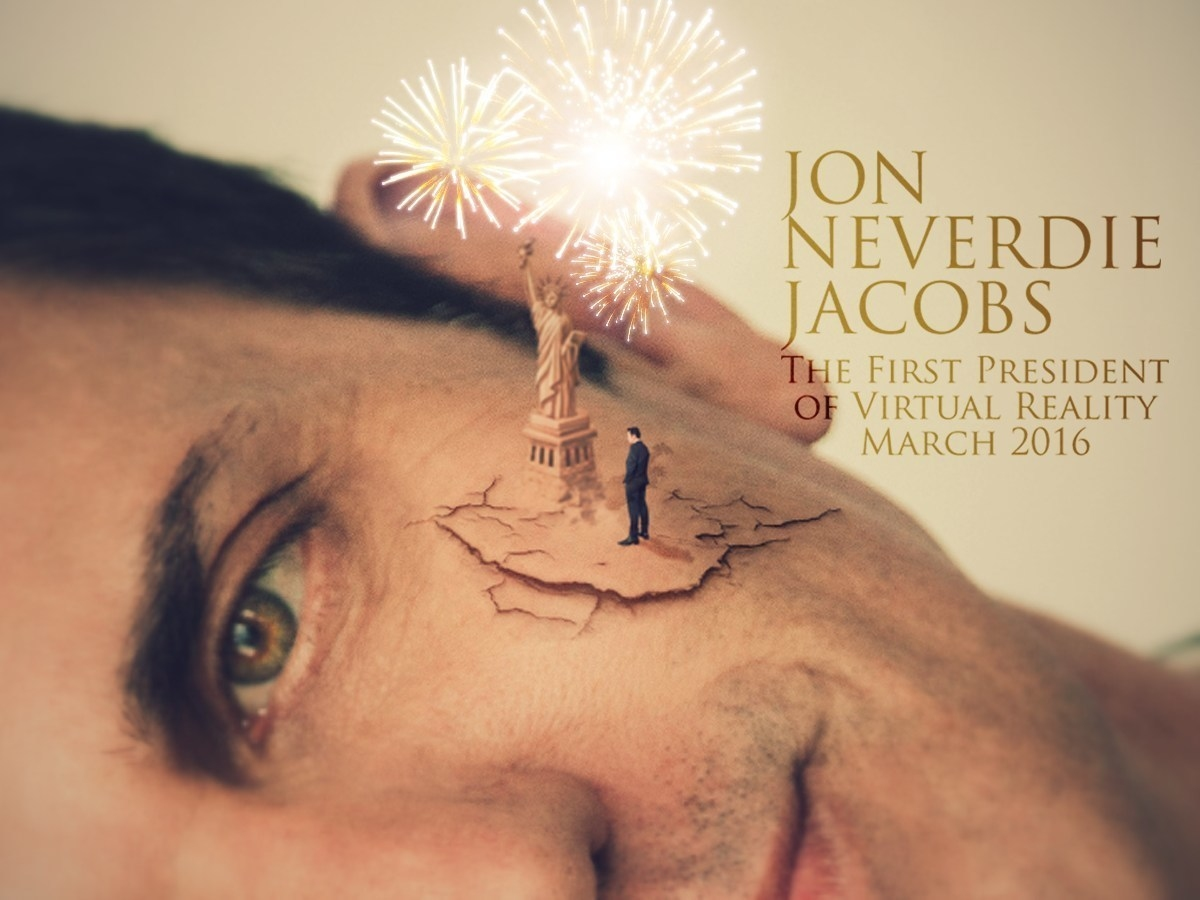 “Humanity must keep pace with Artificial Intelligence as it’s essential to replace the jobs that are being lost.  We can only win the first battle by acting fast and investing in virtual infrastructure to create new jobs.  Most importantly the borders are open for all entrepreneurs, pioneers, refugees and even real world governments looking to address the disruption caused by rapidly advancing technology.”

“Virtual reality is the greatest discovery since America and there are no limits to how great it can become.”

As a result of his victory, Jacobs will now travel the world with his mission at hand, acting with haste to convince people that the future of employment is not only in the virtual world, but is something of which everyone can benefit from and soon. Jacobs only has four years to see his mission either go bank or bust. Considering the exponential pace of informational technological growth, one can only hope that he succeeds.

A future of which massive unemployment commences due to advancing robotics and A.I. is no longer a question of if, but when. It’s hard to really put a finger on it, considering the exponential growth rate of these technologies. Not to mention that our monkey brains remain naturally fixated on linear growth rates, as opposed to exponentials. But it’s a future of which we must prepare for. Which is why I find myself quite allured by Jacobs’ platform “One Billion Jobs in Virtual Reality.”

Could you imagine what it would be like to partake in tasks and roles inside of a virtual world and actually get paid for it? With emerging disruptive technologies like VR, bitcoin (BTC), and even the blockchain technology which makes the cryptocurrency exchange of BTC so trustworthy, this kind of future is as close to inevitable as it gets.

Then again, some people already know what it’s like to earn money through actions in virtual reality. Take the popular MMORPG game EVE Online as an example. Inside this game, there is a virtual universe of which hundreds of thousands of players spend real currency to build their spaceships. A lot of time is invested as well. And whenever a huge war breaks out in EVE Online, like the one witnessed in 2014 and the one many believe is about to be waged here very soon, a lot of money is then lost as a result. And yet, no matter how much currency is put in and lost because of these battles, the company who owns the game always comes out on top.

Maybe it’s the democratic socialist inside of me, but when I see so much money invested in a virtual world like EVE Online, I can’t help but wonder why this wealth can’t be redistributed among the virtual population. Then again, if Jacobs’ mission is successful, we might be strapping on our VR headsets inside a virtual world soon, with the potential to make bank from it as a result.

What Will the Future Economy Look Like?The Future This Week: Tesla, Robots, and Space Tourism