We live in a time where the conversation surrounding First Amendment rights is heavier than ever. From the right of personhood recognition in a corporation and union to the right of free speech to those whom only wish to speak hatefully towards other people, despite its age, First Amendment rights remain one of the most controversial topics to date. To add on top of the controversy, however, two law professors have now written a paper which argues in favor of the plausibility that, someday, we will equally grant the right of free speech to a strong artificial intelligence. 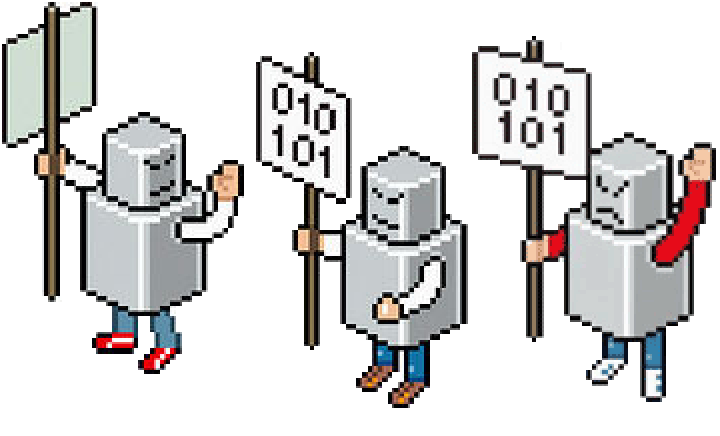 Toni M. Massaro of the University of Arizona and Helen Norton of the University of Colorado’s paper is meant to be seen as a thought experiment, which attempts to look at all of the arguments both in favor and in opposition to the prospect of a strong A.I. earning First Amendment rights. They argue that, even today, robotics and A.I. are already starting to push First Amendment doctrine in profound ways, which necessitates this conversation. They go on to say:

“In this Essay, we explain why current free speech theory and doctrine pose surprisingly few barriers to this counterintuitive result; their elasticity suggests that speaker human-ness no longer may be a logically essential part of the First Amendment calculus. We further observe, however, that free speech theory and doctrine provide a basis for regulating, as well as protecting, the speech of nonhuman speakers to serve the interests of their human listeners should strong AI ever evolve to this point.”

Adhering to one of the more common Free Speech theories, the scholars argue that the right of free speech could be feasibly granted to a strong A.I. under the rationalization that free speech isn’t actually based on the entity whom is speaking, but is rather based on the speech itself. It is because of this argument that corporations, unions, and even ships, no less, are granted personhood recognition to some extent today.

What this would do is emphasize on the value of speech in relation to how it affects those listening in. In other words, a strong A.I. wouldn’t be granted First Amendment rights because it’s proven itself sentient or is able to emulate “humanness” to our likening (whatever that might be), but rather will be determined based on how it affects the general conversation conducted by that of the audience.

It’s a strange argument to be had, but one of which contains some merit. The scholars provide a hypothetical scenario to explain:

“Imagine, for example, a Supreme Court case called Robots United that involves a First Amendment challenge to the government’s regulation of speech by a robot with strong AI, where the regulation restricts speech on a matter of public concern based on the expression’s content and its speaker’s identity. Judy Jetson — a former Solicitor General of the United States now representing private parties — is the robot’s lawyer and argues that the robot itself has free speech rights. Nobody in the courtroom laughs out loud, though some remain skeptical. The justices realize that precedent already affords free speech protection to the speech of artificial entities as well as to those who lack fully mature autonomous capacity. Indeed, the case law hinges more on pragmatism and on expression’s informational value than on any philosophical purity about speaker personhood or rights. This audience focused perspective may lead the Court to a remarkable conclusion: speaker humanness may be a sufficient but not logically essential part of its theoretical and doctrinal constitutional calculus. Judy Jetson and her robot client may prevail.”

Of course, there will always be those who challenge these notions that a robot attached with strong A.I. could ever truly convey speech worth value. To them, it requires emotion, sentience, and above all “humanness” (again, this is an incredibly vague term, which the scholars make note of and believe would still fall into favor of strong A.I.). For some people, robots, no matter how intelligent they might be and no matter how well they’re able to convince people of their sentience, there will always be something about them that they believe is “missing.”

“Many no doubt will resist this conclusion. Constitutional rights, they will insist, should attach to the humans who create and use the technologies, but not to the tools themselves (and to date we can still identify a human speaker as the “rights holder” in the variety of technologies that currently exist). Many will likely feel that computers with strong AI always will be “missing something” that humans possess and that seems indispensable to free speech rights.”

The scholars don’t deny the possibility of these arguments containing enough weight in the future to deny First Amendment rights to strong A.I., but they do fear of its ramifications if it were actually adhered to. When keeping in mind of the argument that a strong A.I. could be granted First Amendment rights based solely on the speech’s value to the general audience listening in, how do we then define both “audience” and “value”?

If the opposing side were to win a court victory against the granting of First Amendment rights to a strong A.I., could the argument then be had that the “audience” being defined here is that of the government itself and the “value” being defined is based solely on the interests of those running the government? Scenarios like this could feasibly result in the establishment of new regulations of free speech, determined by an Orwellian government who bases the value of said speech solely on whether or not it adheres to their own interests.

Whatever the case might be, whether a strong A.I. in the future is granted full First Amendment rights or is considered a holder of “derivative” First Amendment rights, the scholars envision a future of which said A.I. is, indeed, granted the right of free speech. Today, soft A.I. such as Siri couldn’t possibly be considered something of which provides speech worth much value, let alone speech extrapolated independently without human assistance. But then, as the scholars noted, Siri today is nothing compared to what Siri of the future will be able to achieve. Siri-ously!

“We have explored here whether a future, vastly more sophisticated Siri and her strong AI colleagues could hold constitutional free speech rights, not just as human-operated tools, but as independent rights bearers. We have concluded this is plausible, however odd and threatening this sounds to some today.”