RssInstagramTumblrPinterestYouTubeGoogle+TwitterFacebook
The fall season can be a marvelous sight as the overwhelming array of colored leaves come into view. Of course, the season, and equally those colored leaves, can also signal the unfortunate weekly chore of raking up all of the leaves from both your yard and patio. It can be tedious task, if not entirely nerve wrecking depending on both the chill factor and wind. Your choices of getting the job done: rake or leaf blower.

That is, until Mike Schreurs decided to put on his thinking cap and get the job done in the coolest way possible – by drone!

“I thought of this a few days prior after flying some test runs with my drone/Quadrocopter. I noticed the leafs flying around and was giddy like a little kid.” 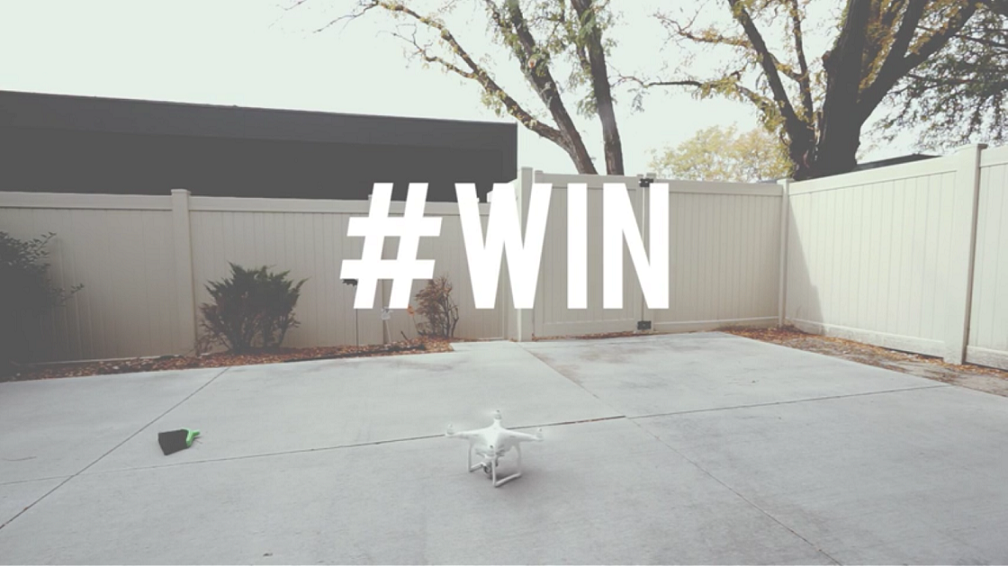 Serious Wonder was able to briefly speak with Mike, as we discussed his thoughts on drones and what other future tasks might be accomplished using the technologies. When it came to his $1,300 DJI Phantom 3 quadcopter, it’s certainly an expensive way of getting the job done, but could arguably make the task much more bearable.

Oh, and in case you’re wondering, Mike swears that the broken rake was just a coincidence.

The use of drones throughout society has been both entertaining and enlightening. As for Mike’s idea to use a drone to sweep up leaves during the fall season, I’d not only categorize it as both entertaining and enlightening, but equally ingenious! According to Mike, he also believes that drones may serve other interesting purposes as well, such as cattle herding. Though he notes that, given the loud noise that drones are currently known for, there’s very little else that can be done (drone deliveries being the exception).

That shouldn’t be a problem though, as I’m sure the future will soon acquire an entire assortment of drones which will vary in size, shape, and sound. Of course, that’ll all depend on whether the FAA uses its regulatory powers for the good (the safe proliferation of drone technology) or the bad (the eventual destruction of drone technology).