RssInstagramTumblrPinterestYouTubeGoogle+TwitterFacebook
Over the last year we’ve been consistently doused with claims of hoverboards, leading up to 2015 – the year of Back to the Future Part II. As a result, anytime someone claims to have built a hoverboard, people are rightfully skeptical. Which is why it shouldn’t come as a surprise that a lot of people were calling the recent announcement of a hoverboard by Japanese automaker Lexus a hoax.

Well guess what? It’s not! The Lexus SLIDE hoverboard is the real deal! Well…sort of. For the hoverboard to work, it requires superconducting magnetic levitation. Meaning that Lexus had to first build an entirely new skatepark that attained magnetic rails built underneath it all. Alongside the superconductors that are inside the board, which need to be cooled down at a temperature of -200 °C, riders were able to hover a few inches above the cement and ride it like a normal skateboard.

All of this was very expensive to make, but as Robb Holland said, who is a professional car racer that was sent to test out the hoverboard, this isn’t the final product, rather the first step! 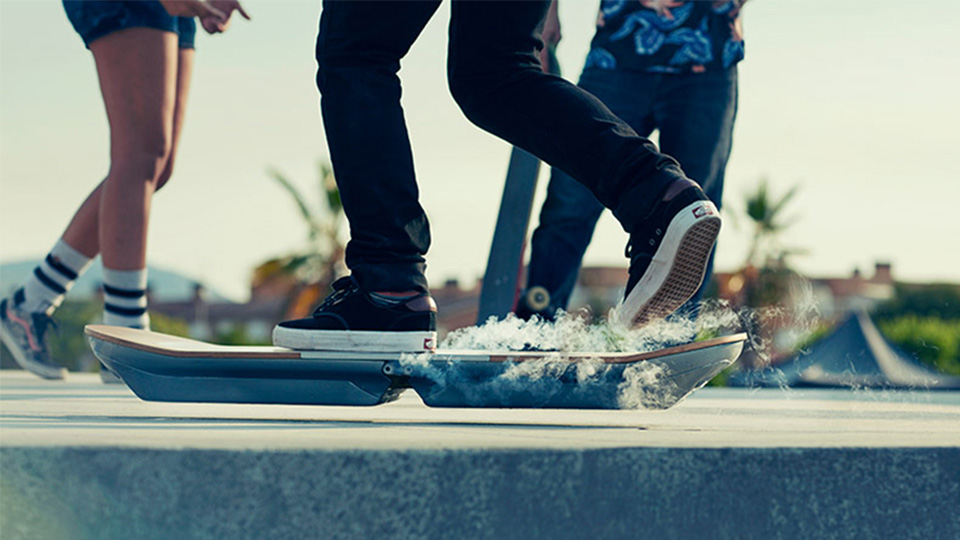 “The first Wright Brothers flight lasted just 12 seconds. Karl Benz’s first car had a top speed of 10 mph. The first Apple II had 4 kB’s of RAM. Today those numbers seem laughable, but they were historic at the time. All technology works that way. What these engineers have built for Lexus isn’t the final product; it’s the first step! Towards what is the question.”

The Lexus SLIDE hoverboard is just the very beginning. When the year 2015 rolled in, here at Serious Wonder we took it upon ourselves to do a thorough analysis as to what technologies of Back to the Future Part II were correctly predicted and which were not. We were willing to admit that hoverboards were correctly predicted with the unveiling of the Hendo Hoverboard, but we weren’t exactly convinced of its technological prowess, given the extreme limitations that it had. With Lexus now getting involved in developing a hoverboard that increased its capabilities and terrain, I believe we’re now comfortable at saying that hoverboards made it before Back to the Future day!

Should We Ban Global Military Forces From Weaponizing An A.I.?The Future This Week: Computers Rule Everything!