RssInstagramTumblrPinterestYouTubeGoogle+TwitterFacebook
The exploration and colonization of Mars has always been the ultimate goal of our species from the very day we discovered its existence. Months before he died, the late cosmologist [easyazon_link identifier=”B000055ZOB” locale=”US” nw=”y” tag=”seriou03-20″]Carl Sagan[/easyazon_link] said, “whatever the reason you’re on Mars is, I’m glad you’re there. And I wish I was with you.” Unfortunately, we’ve yet to plant human footprints on the red planet, despite our increasing desire to do so.

That all might change, however, as a new space venture company has arisen from the ashes of our years of failure – MarsPolar! Co-founded by Arteum Goncharov and Gleb Osipov, MarsPolar is a Dubai-based company whose aim is to initiate a resource-based colonization mission that will establish a human settlement colony on Mars’ polar region. As opposed to Mars One, who wished to establish a one-way trip to Mars that was funded via entertainment services, MarsPolar wishes to create a resource-driven settlement on Mars that emphasizes on building an ongoing relationship between both planets.

But they need your help and have launched a crowdfunding campaign via Indiegogo with a funding goal of $100,000. This mission isn’t just about one company reaching Mars, but about all of humanity joining in and to make history together! I was able to speak with MarsPolar’s CEO Arteum Goncharov, as we discussed the company, the crowdfunding campaign, and their mission. Below I’ve provided the entire transcript of our conversation. 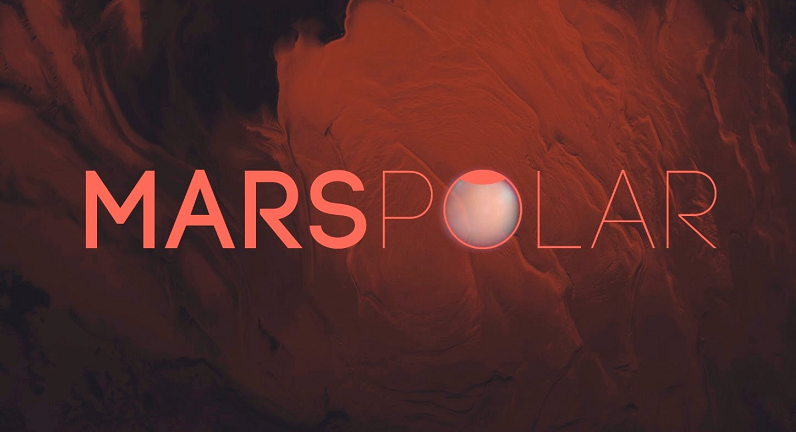 I was also able to briefly speak with Christopher S. Jannette, who is the founder of both T.R.E.D. Laboratories and Space Settlement Network, and ask him his thoughts on both the company MarsPolar and their mission.

“MarsPolar seems to be in its earliest phase of inception and Mars settlement will only happen when serious contenders take it upon themselves to see that vision become a reality. I find MarsPolar’s vision orders of magnitude more legitimate than any other project to date because its intent is focused on securing a resource foothold for future missions. I could see MarsPolar’s existence as a means to help secure and establish a foothold for other Mars settlement initiatives to follow.” 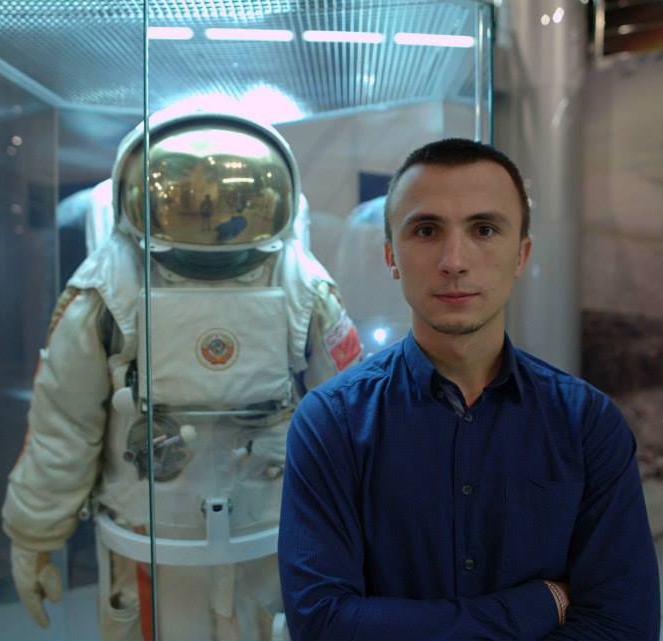 Q: It’s a pleasure to meet you, Arteum. So first and foremost, I want to talk about the history of your company, MarsPolar. What led you and your team on the journey of a lifetime to start up a new space venture company and aim for a permanent colony on Mars?

A: Hi B.J., pleasure to meet you too! So the MarsPolar project started this year, on February 13. From thereon, I started gathering people who were interested in the idea and to help bring life into the project with me. Since then, I’ve gone through more than a hundred interviews with various people who have an interest in Mars. Now we have a small team of enthusiasts who are really interested in Mars exploration.

We believe that humanity needs to have a settlement on Mars, because it’ll be a very good push for its development. It will increase their technological growth, and subsequently their cultural and economic development.

I came to this area not so long ago. My direct interest to private space exploration began from watching the Mars One project in 2011 and mostly when I met [easyazon_link identifier=”145160811X” locale=”US” nw=”y” tag=”seriou03-20″]Dr. Robert Zubrin[/easyazon_link] – co-founder and President of the Mars Society in Moscow, in 2013.

Q: Awesome. So for obvious reasons, the overall goal of establishing a permanent human colony on Mars is quite similar to Mars One. Unfortunately, some bad PR was recently aimed against the company (some people, I guess, never want to leave Earth). What makes MarsPolar stand out from Mars One and every other company/organization aiming for the red planet?

A: Of course, I know all about the news regarding Mars One. So this is what we’ll do – first we’ll create a private space company, as opposed to a nonprofit. We’ll then plan to establish our research center and send our robotic mission to Mars. That’s how we’ll test our ability to send humans to Mars and show people that we can do it. Only after that moment will we proceed on selecting our astronauts. Of course we’ll lose a lot of PR as a result of that decision, but at least then we’ll ensure not to make any promises to our candidates that they’ll be flying to Mars.

We’re trying to work with maximum transparency with the public – sharing all of our plans and actions. We’re also starting our project based on cooperation with any and all organizations that’ll be useful to us, even if it’s a small company or group of people. And we always wish to remain open for the volunteers and enthusiasts. If some person decided that he or she are able to apply their ideas and knowledge to our overall goal, we’ll always be willing to talk with this person.

Q: Let’s now talk about equipment right quick. Can you tell me a little bit about the various technologies you’ll be using to, firstly, establish a working base on Mars before humans touch its surface and, secondly, make sure that the then-established human colony survives the environmental conditions of the planet itself?

A: Okay. So for now, all I can say is that we don’t have access to the technologies needed just yet, but I can tell you of the technologies that exist in which we’ll need to make this mission a success. 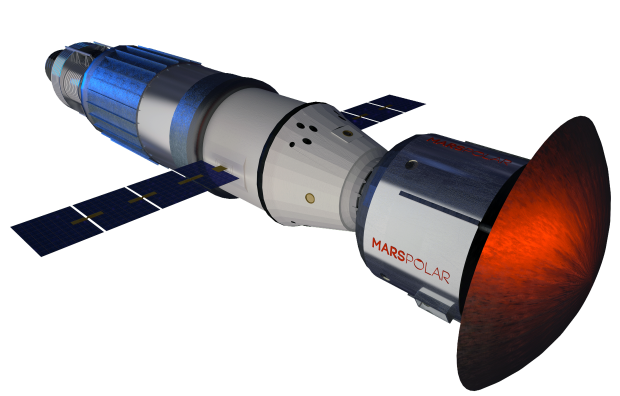 For the first mission, the main things we’ll need is a rover, a spacecraft, and a rocket. We plan to support the European Rover Challenge in September, and from there we’ll choose the best rover team to begin cooperating with us on our project. The rover would be updated for our mission with all the hardware needed for the first steps, which is to choose a more suitable landing site for manned missions and to explore the terrain around it.

In regards to the spaceship and launcher supplier, I can only say that the best option for us is to cooperate with SpaceX. The reason for this is due to the fact that it’s the only private company that has successful experience of delivering cargo to the International Space Station and have its own launcher and spacecraft.

I can’t say anything exact about the future colony on Mars, e.g. how it will look like, but the important thing is to make it secure for people. First the habitat will need to be deployed automatically, complete with the ability to test and work on its deployment remotely. Once it’s deployed, the first crew will arrive on Mars with a complete copy of the first settlement to ensure backup facilities for living. Subsequently, it must be an Earth Return System to return people to Earth after some time. Our future astronauts will not “die on Mars” – unless, of course, they decide to stay there for the rest of their lives – because the plan is to make a settlement that will be able to cooperate with Earth in both ways, to be useful and important for the economy of Earth.

Q: And to achieve all of this, you’ve decided to reach out to the global community via crowdfunding site Indiegogo. Do you believe that the goal of colonizing Mars is popular enough to acquire success in a crowdfunding campaign? Are there other methods of funding that you’re looking into as well?

A: Crowdfunding on Indiegogo will only push us a little to make our development a little bit faster. For the first wave of funding, we’ll need angel-investors and our own business in space exploration. I know that Mars exploration is considered a crazy idea for people to conceptualize, but if we’re able to reach the maximum amount of people who are interested, our campaign will definitely be possible. We’ll achieve that by suggesting to people to join the community that will actively work on its objectives. And of course the most important thing will be to involve the entire world to help participate. In doing so, we hope that we’ll show that this’ll work.

Q: Finally, if there is anything in which Serious Wonder’s readers should learn from your efforts at colonizing Mars, what do you believe that should be?

A: I believe that, sooner or later, people will live on Mars and further. It’s important that we start now, because once we do, human society will change forever. I hope it’ll help us understand in which direction we really need to move – to explore the universe, because the universe is so much bigger than the planet we live on.

I can only finish our conversation with my favorite phrase which keeps motivating me to move forward: “Humans can’t imagine the things that aren’t possible!”

In the Future Your Greatest Orgasm Will Be Due to a Robot (NSFW)Architecture of the Future: Semiotic Alpine Escape