RssInstagramTumblrPinterestYouTubeGoogle+TwitterFacebook
After mini-Neptunes, hot Jupiters and puffy planets, enter Mega Earths, planets that should not even exist. Or so  the laws of physics mandated until a week ago – when they were proven wrong. 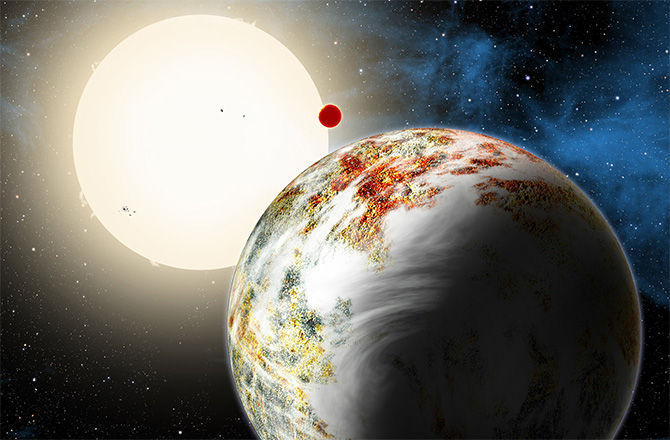 Others are definitively weirder—like the so-called diamond planets, forced by their sun’s extreme pressure to crystallize their carbon into diamond. Or like HAT-P-1, labeled “puffy planets” for being as large as gas giants but so light that could float in water. But the catalog includes twin planets of the Earth as well, like Gliese 581 d, about eight times the Earth’s mass, with an atmosphere and conditions for liquid water to exist on its surface. 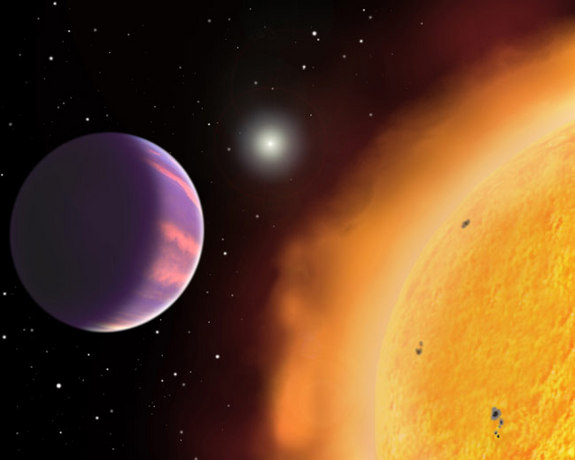 Yet nothing had prepared the astronomers to the physical absurdity of Kepler-10c, 2.3 times 2.3 times the size of Earth and 17 times more massive. Rocky planets this mass were considered impossible to form, period.

The discovery of exoplanets became an extremely popular area in astronomy, at least since Kepler, the NASA’s planet-hunting space telescope mission has been put in operation. So far, about 1106 planetary systems, 1786 planets and 460 multiple planet systems have been identified. Some of them are of familiar shape and characteristics—such as small rocky objects like the inner planets of the Solar System, gas giants like Jupiter, and ice giants like Neptune.

An alien Planet Made of Diamonds


“We thought that old stars don’t have enough solid material yet to form many rocky planets and hence habitable rocky planets around older stars would be scarce. Probably we were wrong about that. When we are thinking about searching for habitable planets, we shouldn’t discount the very old stars,” (Astronomer Dimitar Sasselov, director of the Harvard Origins of Life Initiative, to Discovery News, 2 June 2014).

Bizarre things about the mega-earth don’t stop at its mass. The star this monster is orbiting is very old—at least 11 billion years located about 560 light years from Earth in the Draco constellation. How a star that old could put together all heavy elements necessary to form such a massive planet is just another of the unsolved mysteries astrophysicists faces. Odds are, there’s far more looming in the depth of the universe. What’s more important, this discovery changes once again our expectations about what planetary systems are, and open up new possibilities about alien life. It may be more abundant that we originally thought—and so are the imaginable combinations of star systems in our galaxy.