Supposedly, this device will don both an 8 and 20 mega pixel option for consumers. Rumors about the alleged Xenon Flash may have been debunked, for the photos indicate the typical LED light. An official announcement will no doubt be made soon.
More Info: http://www.technologytell.com/gadgets/126398/sony-i1-honamis-camera-ui-leaked-brings-flash-and-g-lens/

2.) Largest Solar Plant in Southern Hemisphere to be Built Down Under

Australia will construct a 53 MW solar plant at Broken Hill and a 102 MW plant at Nyngan with a hopeful finish date of November 2014. Though neither is a match in size compared with the Agua Caliente Project in Arizona, the Australian plant will be considered the largest in the Southern Hemisphere, costing about $450 million AU, roughly $403 million in US dollars.

3.) From Cars to Guns with 3D Printing

The first CAD rendering of a 1961 Aston Martin DB4 is in the works thanks to Ivan Sentch, an enthusiastic vehicle replicator to say the least. A painstakingly long process but the Aston will most likely be roadworthy in a couple of years. In other 3D printing news, the first ever commercial firearm muzzle brake was printed by Sintercore. Creating this type of machinery for the AR-15 pistol is normally problematic, time consuming, and costly; however with 3D printing the process just got a whole lot easier. 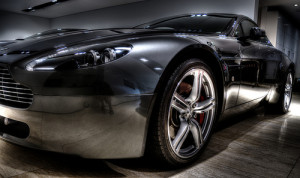 Perhaps the most futuristic type film of the year is about to be released this week starring Matt Damon (the lead character Max), Jodie Foster, and what’s looking like an all-star cast. The movie promises futuristic weapons and various new gadgets, but also a specially powered exoskeleton that enhances Max’s strength and stamina. Interestingly, this exoskeleton suit is actually based on the real-life battery powered HULC (Human Universal Load Carrier) designed for military use. The actual suit allows our armed forces to exhibit greater strength, endurance, and mobility. Perhaps a future design might allow for something as grand as Damon’s character dons, but hopefully without the need to have it screwed directly into your bones!

5.) Will the Oculus Rift be used to Fly Drones?

A Swedish company known as Intuitive Aerial launched this new idea as their latest project: combining the [easyazon-link asin=”B00CQYZDAU” locale=”us”]Oculus Rift[/easyazon-link] with a UAV. By utilizing the headset and specially placed cameras, the pilot has a full 360 degree view without ever leaving the ground.  This could be used as an awesome upgrade from flight simulators, in addition to being used for military purposes, as the technology is further developed. Only in time will we see in whose hands this technology falls into; but for now enjoy the view!