1.) Facebook’s Lofty Goal to Bring Internet to the World

Facebook is teaming up with other major corporations including Ericsson, MediaTek, Nokia, Opera, Qualcomm and Samsung with the aim of providing affordable internet service to the two-thirds of the world who is still without. Of course there are financial objectives to be gained from this philanthropic venture; however there is something to be said about attempting a feat like this in the first place!

Designers from Nerdworking  software company in Istanbul have recreated a Laser Room, similar to the one in the movie “Entrapment”, for all you ambitious thieves or movie enthusiasts to indulge your deepest fantasies.  The room features the typical green 200mW lasers and gives the participant 3 minutes to get across before the alarm is sound. If you can make it through you might be one step closer to preparing for your next heist, or at the very least have some serious bragging rights. 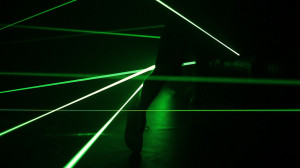 Microsoft promises exciting new features and enhanced software for X-Box lovers. According to reports six people can be signed in simultaneously, and the Kinect can even distinguish individual voices. No need for a remote, your x-box will pretty much respond to any vocal command including raising the volume or displaying a list of friends. Amazon, Best Buy, Game Stop and more are gearing up for what they claim is going to be the biggest console launch ever; referring not only to the new x-box but of course the PlayStation 4 also coming out the same month . Prices for the X-Box One are said to be around $499 and available this November.

August has a line-up of cool gadgets that have just been released, some of which includes the Haiku LED fan, currently the thinnest and most energy efficient available starting at $920 and include 18 dimmable LED lights. Another cool gadget this month  that records your game play in 1080p at 30 frames per second for proof of your awesome skills. Vertus Audio has also released a great pair of receivers allowing users to stream audio to speakers in different rooms and comes equipped with Bluetooth capability.

The latest Apple Smartphone, most likely to be called the IPhone 5s, will most likely sport a faster A7 processor and an upgraded camera with dual LED flash, possibly offering images more natural lighting. Everyone is hopeful it seems for an improved battery compared to that of the IPhone 5, and of all the rumored hardware upgrades the most unique might be the biometric fingerprint reader that eradicates passwords, your fingers taking their place. Hence, your phone is likely to be more secure and your hand significantly more important than ever before. Nonetheless, everything is still considered hearsay until the alleged release date in September. I am excited and ready for the upgrade!

We Endorse the March for Science 2017
January 26, 2017
Subscribe to our Newsletter
LATEST ARTICLES