Second Sight Medical Products, Inc. has created a retinal chip for the blind named Argus II that will soon be approved in countries across the globe, including the USA.  The bionic eye will be used to treat patients with late stage retinitis pigmentosa (RP) and converts video images into small electrical pulses, stimulating the retina cells. As patients begin to decipher these visual patterns they begin to regain visual function. Perhaps the blind may see before the second coming after all.

You can now control your Google Glass with your phone using the new android application that has been added to facilitate greater ease and fluidity during use. Friends and colleagues take note: this new remote type app allows for photos and videos to be taken in a clandestine fashion. Hence, if you are in the business of spying, your job may have just gotten a little easier; as for the rest of us, we might be looking over our shoulder a little more often. 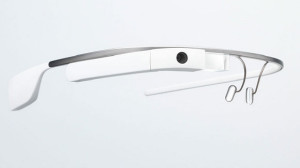 3.) Be Your Own DJ: New Sound System for IPAD

Tired of that Disc Jockey playing all the wrong tunes? Well Philips electronics along with Dutch trance music maestro Armin van Buuren have created the M1X-DJ Sound System for IPAD. This device combines a DJ controller and sound system featuring a lightening adapter, three 80-watt speakers, and Bluetooth connectivity. So say hello to sweet music because headed this way in November, for just around $500, you can start spinning your own jams.

Scientists from Alabama’s Auburn University and mechanical engineers Jeff Miller and David Bevly, have created a remote control for dogs in hopes of enhancing communication during disaster situations. The device attaches to their backs and consists of “microprocessor, wireless radio, GPS receiver, and an attitude and heading reference system” all of which aides in guiding the dogs. In addition, they have been taught to respond to vibrational and audio tone cues, allowing the trainers to direct the animals even when verbal commands are indistinguishable. They are hoping for future success with smaller animals such as turtles for when dogs are too large to aid in the disaster. Conceivably these remotes may one day help in training your pet…would you buy one?

5.) Harry Potter May Not be the Only One Who Can Levitate

Central Japan Railway Co. has begun construction of the maglev train that promises faster speeds and safer journeys. Touching on speeds of up to 310 mph in a recent demonstration, the maglev makes use of magnets permitting the train to float above the track, thereby reducing ‘friction’ and increasing ‘stability’. Utilizing such technology, a trip lasting over 3 hours could easily be reduced to under an hour. The maglev line will hopefully be ready by 2027, with the extended line completed in 2045, however delays are expected. Meanwhile, we can all look forward to the day when we too can ‘levitate’ like witches and wizards.