Do you remember UFOs in the 60s? What did they look like? I’m talking about flying saucers, the most typical UFOs – we all know the familiar shape of the vehicles and many will swear they have seen them in the sky. Well, believe it or not, this is going to become a less spooky view, and even more, if everything goes according to NASA’s plans. 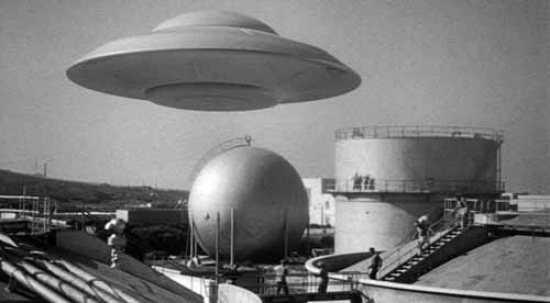 “Our test vehicle performed as advertised. The SIAD and ballute, which extracted the parachute, also performed beyond expectations. We also got significant insight into the fundamental physics of parachute inflation. We are literally rewriting the books on high-speed parachute operations, and we are doing it a year ahead of schedule.” (Ian Clark, Project Director for LDSD at JPL, NASA). 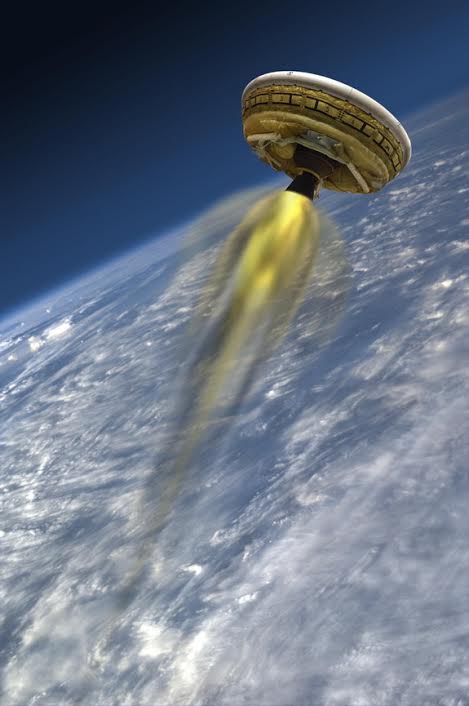 The Hawaii’s trial was the first of three planned for the vehicle. This initial test aimed at establishing the overall flying capacities of the vehicle, which have proved satisfactory. In addition, it deployed two new landing technologies, the Supersonic Inflatable Aerodynamic Decelerator (SIAD) and the Supersonic Disk Sail Parachute, scheduled to be specifically tested in 2015 during the next two flights, that will use clones of the flying saucer. The flying saucer is actually a Low-Density Supersonic Decelerator (LDSD), i.e., an inflatable system that helps huge vehicles slow down during landings. The rationale behind the LDSD, and its shape, is simple: using atmospheric drag as a way to save rocket engines and fuel for final maneuvers and landing procedures. The device was tested on June 28 from the U.S. Navy’s Pacific Missile Range Facility on the island of Kauai, and NASA considers its performance a huge success.

A video released on August, 8, 2014, gives an amazing view of its supersonic parachute – aka SIADs (supersonic inflatable aerodynamic decelerators). 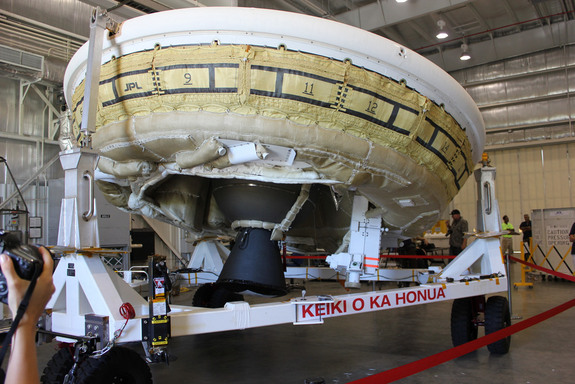 “This flight reminds us why NASA takes on hard technical problems, and why we test – to learn and build the tools we will need for the future of space exploration. Technology drives exploration, and yesterday’s flight is a perfect example of the type of technologies we are developing to explore our solar system.” (Dorothy Rasco, Space Technology Mission Directorate, NASA)

There are a few important things about the NASA version of flying saucers, first of all what they represent in terms of space exploration. In order to get larger payloads to the planets, Mars in primis, cutting-edge technologies like LDSD are critical and their success, real milestones. The current limit is about one-and-a-half tonnes, and LDSD promises to increase it beyond 10 tonnes, which is the mass capacity required to land humans on the Red Planet. Moreover, if things go as planned, the system will be be scaled up further, with even bigger shields and multiple parachutes, in order to land the 20- to 40-ton payloads needed for building human settlements on Mars and eventually space colonies.