RssInstagramTumblrPinterestYouTubeGoogle+TwitterFacebook
I won’t lie. I’m an incredibly huge Trekkie (aka Star Trek geek). As a futurist writer and a techno-optimist, [easyazon_link identifier=”B001TH16DI” locale=”US” nw=”y” tag=”seriou03-20″]Star Trek[/easyazon_link] was more than just reference material of a sci-fi story predicting what the future might entail; it represented a future that I, myself, truly wish to help build for everyone to enjoy. And seeing as how a lot of today’s advanced technology were inspired by Star Trek, it would seem that we’re doing a good job so far. 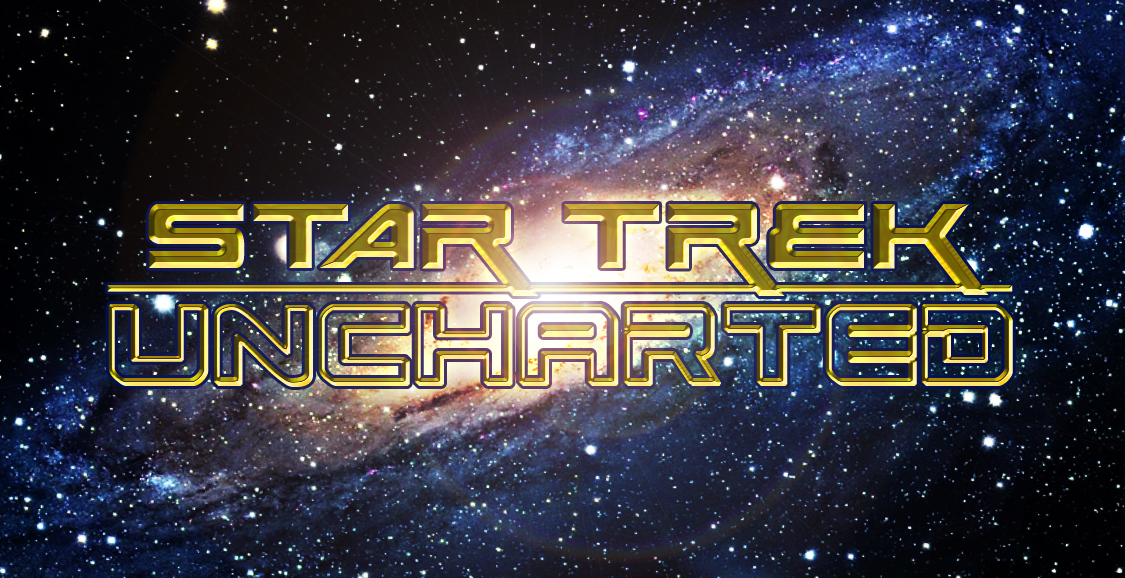 But much has changed since the [easyazon_link identifier=”B002PQ7JQK” locale=”US” nw=”y” tag=”seriou03-20″]Original Series[/easyazon_link] and [easyazon_link identifier=”B002I9Z8GW” locale=”US” nw=”y” tag=”seriou03-20″]Next Generation[/easyazon_link]. So much so that many of us Trekkies are growing quite anxious (and a bit impatient) over a new Star Trek TV series. Thankfully, however, it would appear that film production company Paramount has recently called in someone to pitch a script for just that! His name is Michael Gummelt and his pitch is titled Star Trek Uncharted.

Luckily, you can download the script for the first episode, “Rendezvous With Destiny,” right now. After reading it, myself, I can’t help but feel very excited about this! Not only is it a great story with an amazing background and setting, the characters are unique and everything a Trekkie might hope for – from the half-Human/half-Xian Captain, to the Transgender Security Chief, to the Romulan Navigation Officer! What really peaked my interest, however, was the Transhumanist Tech & Operations Chief, LtCdr. Marcus Daystrom.

“Daystrom is a Transhumanist. He has enhanced his mental abilities to their maximum capability using a wide array of technological brain implants that increase his computational abilities, gives him perfect memory, and allows him to network directly with the ship. He can perform ship tasks without having to use a manual interface can [sic] access all the ship’s databanks. Some worry that this gives him too much power over the ship.” 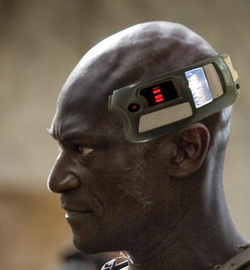 As the Enterprise’s Tech & Operations Chief, Daystrom is apparently networked to the entire ship, allowing him full access without having to move a muscle. He’s the creator of the ship’s A.I. interface named NOMI (Neural Operations Machine Interface), along with many other cool features and capabilities that I won’t go into, in fear of spoiling anything about the script. As a Transhumanist myself, Daystrom represents everything I’d love to become!

To be honest, I’m quite surprised at seeing an actual Transhumanist on a Star Trek script, given the backstory history of the Star Trek universe regarding the Eugenics War. However, I won’t complain. It only further elaborates how quickly Transhumanism is reaching into the mainstream. Only this time, Transhumanism is finally getting its day in the spotlight by integrating into one of the most popular sci-fi universes throughout history! Now there isn’t any guarantee that Paramount will give this script the go-ahead, but seeing as how it’s been getting the most buzz as of late, and the growing popularity in Star Trek thanks to its [easyazon_link identifier=”B00D9SRBZC” locale=”US” nw=”y” tag=”seriou03-20″]recent films[/easyazon_link], we may finally get a new Star Trek TV series once again!

As Captain Picard would say: Engage!

The Future This Week: Exo-Suits, Hoverboards, and Robot TentaclesTranshumanists Setting Up a Health Clinic in Western Uganda

Cyborg Dad Fights to Regain Custody of Children – You Can Help
November 16, 2016

Transhumanism & The Venus Project: A Framework of the Future
October 12, 2016

The Future of Chatbots Might Reside in Selena Gomez…. Seriously!
August 26, 2016

Autonomous Tent – Luxury Tent Can Be Raised In Days and Leave Without a Trace
August 20, 2016
Subscribe to our Newsletter
LATEST ARTICLES