RssInstagramTumblrPinterestYouTubeGoogle+TwitterFacebook
Anyone who’s ever coded a program before in their life will tell you just how infuriating it can be whenever dealing with buggy software. Somewhere within the thousands of lines of code, there is a broken source line in need of fixing. Determining which source line can potentially take hours – not to mention an entire bottle of your preferred alcoholic beverage. Thanks to MIT researchers, however, all of this is now in the past!

Known as the CodePhage, this automatic bug repair program doesn’t even necessitate looking at the source code whatsoever in order to repair buggy software. Instead, it searches other open-source programs similar to the original and applies their clean code over the buggy code. Essentially, CodePhage is equivalent to applying a skin graft over damaged tissue.

“Remarkably, the system, dubbed CodePhage, doesn’t require access to the source code of the applications whose functionality it’s borrowing. Instead, it analyzes the applications’ execution and characterizes the types of security checks they perform. As a consequence, it can import checks from applications written in programming languages other than the one in which the program it’s repairing was written.” – Larry Hardesty, MIT 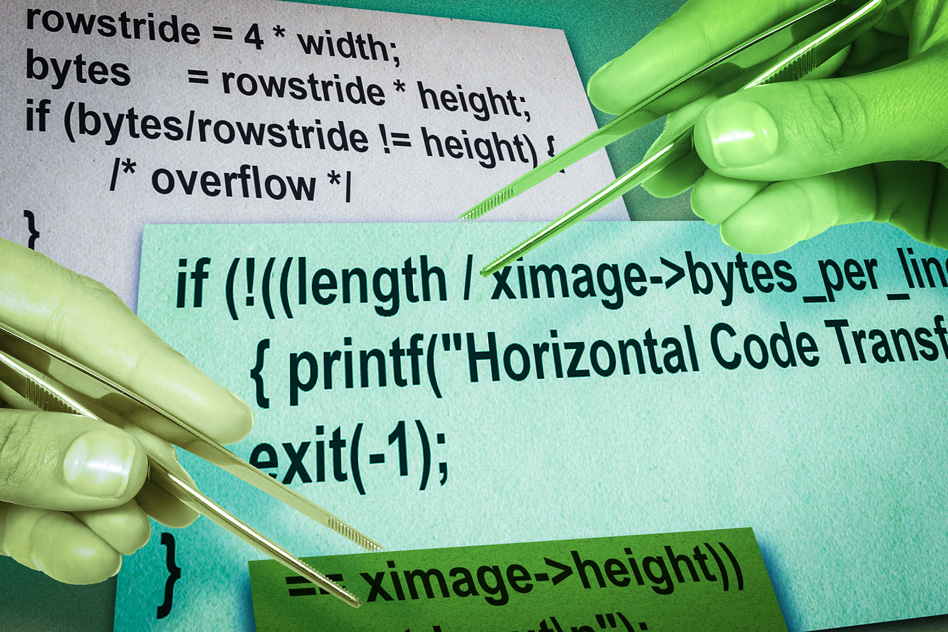 What’s remarkable about CodePhage is the fact that it automatically searches and finds similar code, not based on the actual source code, but by analyzing the application’s execution. This opens up coding in a very significant way, effectively eliminating the hassle of having to search through thousands of source lines just to figure out what’s wrong. Rather the program recognizes other applications with similar executions and “grafts” over the buggy code as a result.

“The longer-term vision is that you never have to write a piece of code that somebody else has written before. The system finds that piece of code and automatically puts it together with whatever pieces of code you need to make your program work.” – Martin Rinard, MIT Professor