RssInstagramTumblrPinterestYouTubeGoogle+TwitterFacebook
NASA made it again. Today at 7.05am ET (12.05pm GMT) the space agency successfully launched its new Orion spacecraft on a test mission. The entire world was watching this amazing moment with trepidation. Why was this so important? Because, among others, Orion will one day take us to Mars in the first human expedition to the Red Planet. 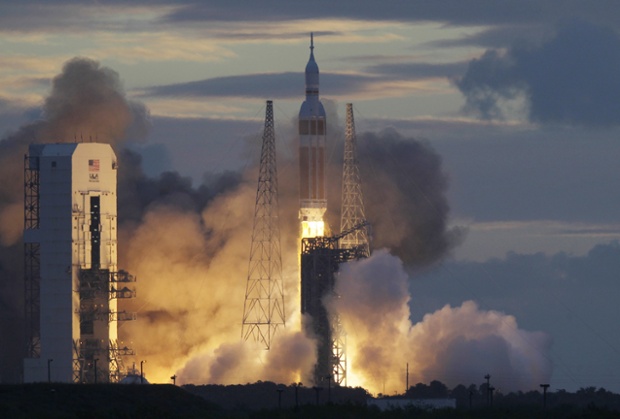 The launch was not uneventful. NASA had to postpone the scheduled test on Thursday after a few issues, such as boats entering the launch area, strong winds that could interfere with the flight, and two valves failing to close properly on top of that. And there are often alarming moments just before a Delta IV rocket lifts off, for the mechanism that leads to the ignition – of which was also witnessed today. Despite this, and weather conditions not optimal, things have gone remarkably well. 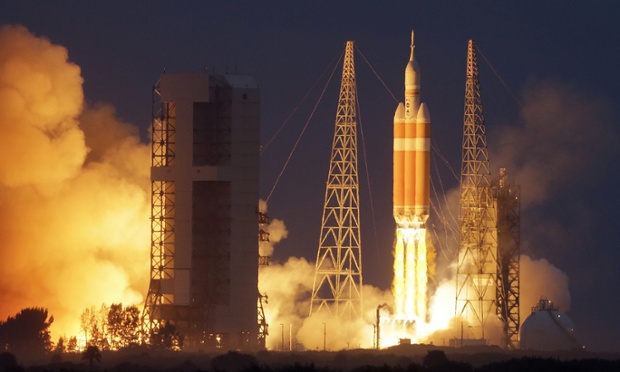 “Just before the Delta IV ignition sequence starts, valves open that control the flow of liquid hydrogen to the engines. Some of that hydrogen seeps out of the engine bells and lingers around the rocket. When the engines roar to life, the excess hydrogen ignites, creating a fireball that chars the booster cores. Occasionally, the insulation on the booster cores smolders as the rocket lifts off.” (Jason Davis, The Planetary Society) 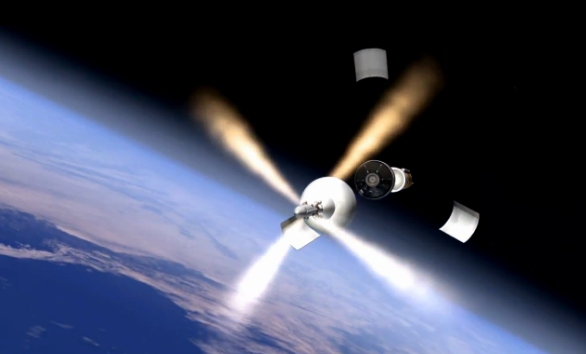 The importance of today’s Orion mission can’t be overstated, no matter how brief (only four-and-a-half-hours all in all). Made for space travel’s extreme conditions, the spacecraft will fly farther than any other made for astronauts in decades. In today’s test, it was required to reach up to 3,600 miles (5,800km) above the Earth’s surface, then proceed in separating and splashing down in the Pacific Ocean, where its capsule could be recovered. 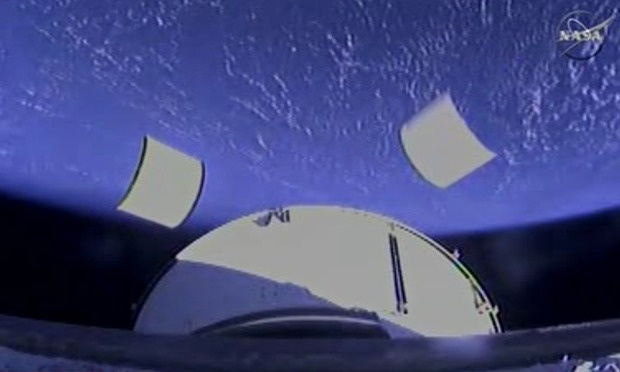 “We’re actually excited about this particular step on our journey to the Red Planet, to Mars. It is a journey. I don’t want people to get focused on the destination. This is a journey.” (Charles Bolden, NASA administrator Dec., 3, 2014)

Great plans ahead for a successful Orion. NASA has already scheduled a second unmanned flight for 2018, and a manned mission to travel around the moon for 2020. By 2025 the space agency’s plan is to ship people to a captured near-Earth asteroid in lunar orbit. Finally, the planned deadline to send astronauts to Mars will be sometime in the 2030s.

The Future This Week: A.I., Space Travel, & SousveillanceEcho: The Physical Manifestation of Sound via Architecture