RssInstagramTumblrPinterestYouTubeGoogle+TwitterFacebook
If you thought the pseudo-scientific anti-GMO movement was annoying now, just you wait and hear what they have to say about this! Located in a garden just outside of Umeå, Sweden, there is a special kind of cabbage plant. So special that, despite guaranteed push back by certain neo-luddite activists, we could very well be witnessing the future of food production as we know it.

History has been made with the first-ever meal created using the genome editing tool CRISPR-Cas9!

“For the first time ever, probably, plants modified with the “genetic scissors” CRISPR-Cas9 have been cultivated, harvested and cooked. Stefan Jansson, professor in Plant Cell and Molecular Biology at Umeå University, served pasta with “CRISPRy” vegetable fry to a radio reporter.” 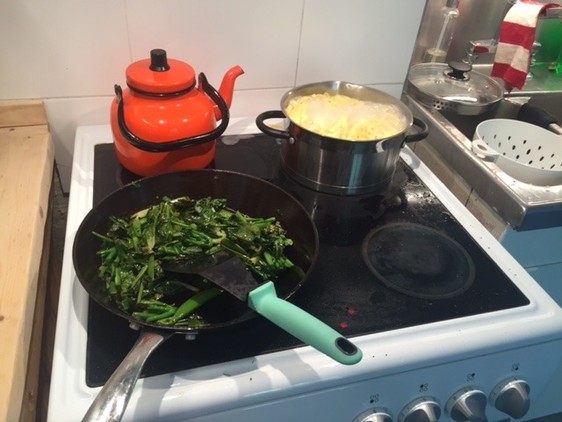 CRISPR stands for “clustered regularly interspaced short palindromic repeats,” and is currently one of the most precise genome editing tools to date. The kicker here is that, technically, these cabbage plants aren’t necessarily considered GMO (genetically modified organism) because no “foreign DNA” was spliced into the plant’s original sequence.

Instead, segments of the cabbage plant’s genome had been removed, not replaced. It was officially cooked at the Radio Sweden gardening show “Odla med P1.” And the meal has been named “Tagliatelle with CRISPRy fried vegetables,” of which was able to feed two people. While not much, there is no doubt we are witnessing the future of food production as we know it.

Given the fact that many within the pseudo-scientific anti-GMO movement actually believe that “non-GMO” crops don’t contain any DNA, we really shouldn’t be surprised if we are to hear some backlash soon from them regarding CRISPR food. ‘What??? Modified foods not labeled GMO!?!? The horror!!! TYRANNY!!!’ Blah blah blah. Though, despite what will surely be an inevitable headache induced by these neo-luddites, CRISPR food is set to change the very foundation of how we produce crops and then subsequently prepare them as healthy meals for the entire population. Soon you might be ordering a meal from KFC to the extent of, “Yeah, I’d like a two-piece lab-grown chicken, extra CRISPRy. Thanks.”

The Future This Week: DeepMind, ATLAS, and the OSIRIS-RExSgnl: Turning Your Hand Into an Actual Phone