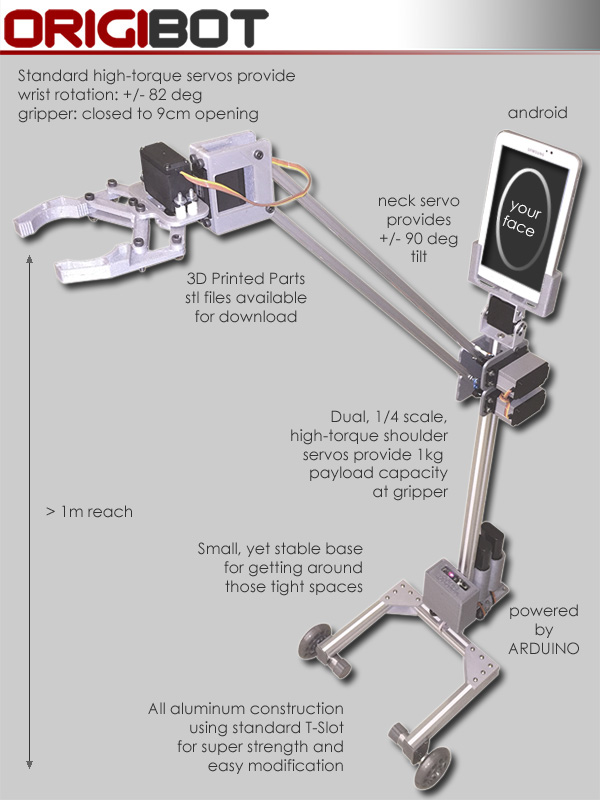 There are many today who are contemplating ways in which they’ll achieve indefinite life extension. There are those opting for a more biological route through genetic tools like CRISPR/Cas9 and organ printing using stem cells and 3D printers. There are even those opting for a more cybernetic route, replacing their organs and bodily functions for advanced cybernetics, effectively becoming a Cyborg. But then there are those who prefer going down a route more sci-fi than the previous two options – mind uploading!

Before we ever come close to achieving mind uploading, however, there is one hurdle still yet to be overcome – have your mind uploaded into what? What body would you choose? Will it appear human or perhaps more robotic? Perhaps your new avatar will resemble something in which can’t be fathomed at this current moment, given the complexities of predicting future events and technologies.

Another question to consider: how will we reach the point of developing permanent avatars for people to upload themselves in? First and foremost, we need to get people used to the idea of controlling other objects outside of their biological bodies and use them as legitimate replacements to carry out day-to-day tasks. For a while we were taking small steps in achieving this by using telepresence robots, which we would control from our computer as it moved around. People began applying them in conferences, speeches, school, and hospitals. The only problem, however, was that, other than projecting your face on a screen connected to the telepresence robot, moving around was pretty much the only thing you could do, other than talk with other people.

Cue in the ORIGIBOT – an affordable telepresence robot which is attached with an arm and gripper! Currently undergoing a crowdfunding campaign on Indiegogo, this telepresence robot is being designed by Origin Robotics, Inc. and will be providing Early Bird access to it at the low cost of $649 (or $199 pre-order + $400 at ship). This telepresence avatar, if you will, will attain 5 degrees of freedom to help you enhance your ability to manipulate your surrounding environment and is only compatible with Android (sorry Apple users *snickers*).

With an entire month left in the crowdfunding campaign, Origin Robotics has already achieved over 40% of its funding goal of $18,000. Final assembly and shipment of the ORIGIBOT will take place in August and from there, whoever backed the campaign, will have complete access to their brand new, very first, real-world avatar. How you use it will be up to you, but with its newly attached arm and gripper, the possibilities are a hundred-fold compared to previous telepresence robot designs. Truly, it’s our very first step taken in achieving future advanced avatars for those who may, someday, opt for mind uploading procedures to achieve indefinite life extension. Welcome to the future!

The Future This Week: Robots, Google, and MarsPresent Day Memetic Simulations Of Our Spacefaring Future