RssInstagramTumblrPinterestYouTubeGoogle+TwitterFacebook
Humanoid robots aren’t new to us here at Serious Wonder. In fact, with the recent revelation of just how far we’ve come in this market, e.x. Honda’s Asimo, it’s safe to say that the year 2015 will surely be the year when the robot uprising finally commences. But this uprising won’t be a violent one, let alone something for humans to fear; rather an uprising in the market, in commercial use, in our daily lives, homes, and workplaces. The humanoid robots we’ve dreamed of as kids are finally here and they’re here to stay.

“Pepper is the first humanoid robot designed to live with humans. At the risk of disappointing you, he doesn’t clean, doesn’t cook and doesn’t have super powers… Pepper is a social robot able to converse with you, recognize and react to your emotions, move and live autonomously.” – Aldebaran Robotics

Fluent in Japanese, English, French and Spanish, Pepper is a humanoid robot companion programmed, not to do your chores, but to operate for emotional support, education, and guidance. Armed with a tablet by its chest, Pepper will be launched into convenience stores, banks, and, yes, even your home, ready to stand guard of your emotional state, reading your facial expressions, verbal tone, and response. Thereupon he’ll extrapolate all of that information into a numeric score and quantify your overall emotion as either positive or negative. 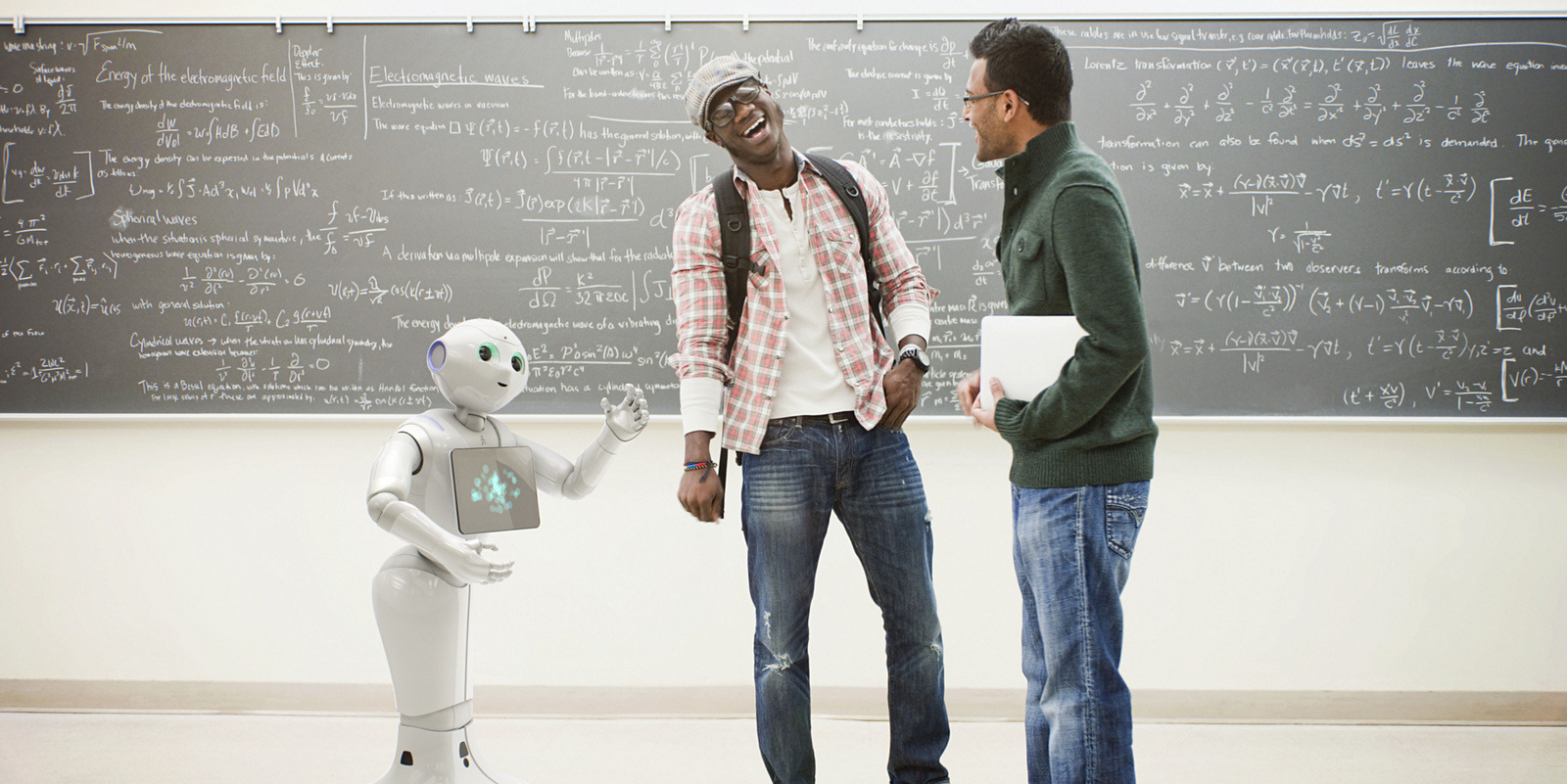 Last year SoftBank’s CEO Masayoshi Son introduced Pepper to the world, consequently changing it forever. While clearly pre-programmed to make the introduction as aesthetically pleasing as possible, the goal of Pepper was never to become the world’s first Rosie from The Jetsons, but rather to transform how people react to humanoid robotics. Once Pepper was introduced, the emotional state of those witnessing could only be described as pure awe!
Entrepreneur Peter Diamandis, and chairman of Singularity University, has recently noted Pepper’s role in this year’s journey in pushing mass-market robotics to the general populace, calling it one of “the most exciting new technologies moving from deceptive to disruptive.”

He isn’t wrong, since SoftBank plans on selling Pepper ‘bots in Japan next month for only 198,000 yen (<U.S. $2,000), plus a monthly subscription fee. From there, expect Pepper to make his way into the western world, from the Amercas to Europe, with the goal of helping humanity take their first giant leap into the world of humanoid robotics. Once an emotional bond is developed between humans and robotics, things will start getting really interesting as we reach the point when robots acquire human-level intelligence.

Pepper is only the beginning of a joint-relationship between humans and robotics. As noted above, other companies are already trekking forward with their own humanoid robot, ready to win the hearts of humanity. Pepper may not be the most intelligent robot in the market, but he’ll certainly be one of the most welcoming, given the already popular demand for mass-market robotics by the general populace. The 21st century is the century of sci-fi, where our imagination and all of our dreams come true.

Soon there’ll be more than just a market for robotics, but an entire population made entirely of robotic beings, living amongst humans, growing and evolving like the rest of us. A large section of the human population will even attempt at joining them, merging their biology with cybernetics – the rise of a cyborg nation! Once that happens, the world as we know it today will no longer exist. Some call it the Singularity; others call it the Transhuman Age. Whatever the name will be, it is a world that we welcome with open arms!