Few people take the leap to revise personal transportation with better technology, even if a lot of that technology is cheap and ubiquitous.

Shane Chen, owner of Inventist, is like Buckminster Fuller in that he has taken advantage of more efficient technology, and he has created a forward-thinking system of short-range, personal transit: the Solowheel.

The Solowheel is a design grounded firmly in reality but seems to exist because of Chen’s future foresight. Especially in urban areas, transportation policies that orient around the car as the primary means of transportation are completely antiquated.

The Solowheel is a tool that acknowledges the uselessness of legacy modes of transportation and throws the world into the future. 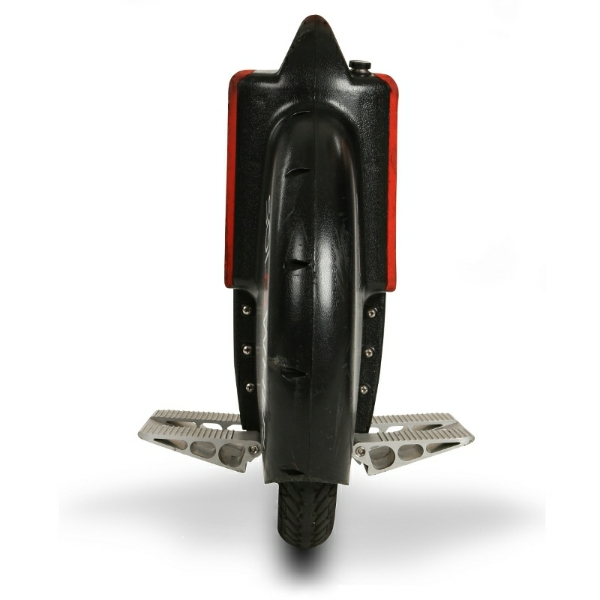 At only 24 pounds, the Solowheel is a single-wheeled, battery-powered, hands-free personal locomotion device that takes up no more space than a briefcase. Similar to a Segway, the Solowheel is operated by shifting your bodyweight to propel and slow down, turn and stop. The Solowheel uses a gyroscope to maintain balance.

For most people living in a city, commutes to work are no more than a few miles from where they live. The Solowheel can travel at least 10 miles at 10 miles per hour on a single charge. And similar to an electric car, the Solowheel stores power when coasting downhill or slowing down. Impressively, the battery lasts for over 1,000 cycles, or 10,000 miles, longer than most car trips before a significant repair is needed.

Chen’s odd, future-inspired designs like the Aqua Skipper and Hover Trax accompany the Solowheel as real-world examples that the future is impatient with old habits of transportation.

If there is personal mobility technology that is more efficient than examples in use, there is no explanation other then hesitation why vehicles like the Solowheel are not ubiquitous. Maybe it’s embarrassment that makes people unwilling to adopt use of the Solowheel. But as the eager early adopters used prototype versions of the tablet while most of us scoffed, so it will be with the Solowheel and others that more efficient, alternative models of personal transportation will be the standard in the near future.