RssInstagramTumblrPinterestYouTubeGoogle+TwitterFacebook
Just over a week ago Mars One announced their round three astronaut candidate selection, which consists of 100 finalists who’ll venture to Mars in less than a decade from now and never come back. Whether or not Mars One succeeds in their mission, the prospect of a human colony on Mars in our own lifetime is increasingly becoming a likelihood. With NASA, the ESA, SpaceX, and Mars One all aiming towards the red planet, the question shouldn’t be if we’re going to Mars, but rather how we’re going to live there when that future time comes?

Belgian visual artist Angelo Vermeulen, who is also the crew commander of the NASA-funded HI-SEAS program, may just have a solution. Like most missions to space, partaking in Earth-bound simulations of said missions is a requirement for potential astronauts. Angelo, however, doesn’t just want to create simulations of what to expect on Mars, but subsequently wishes to create memetic art in our future spacefaring architecture. 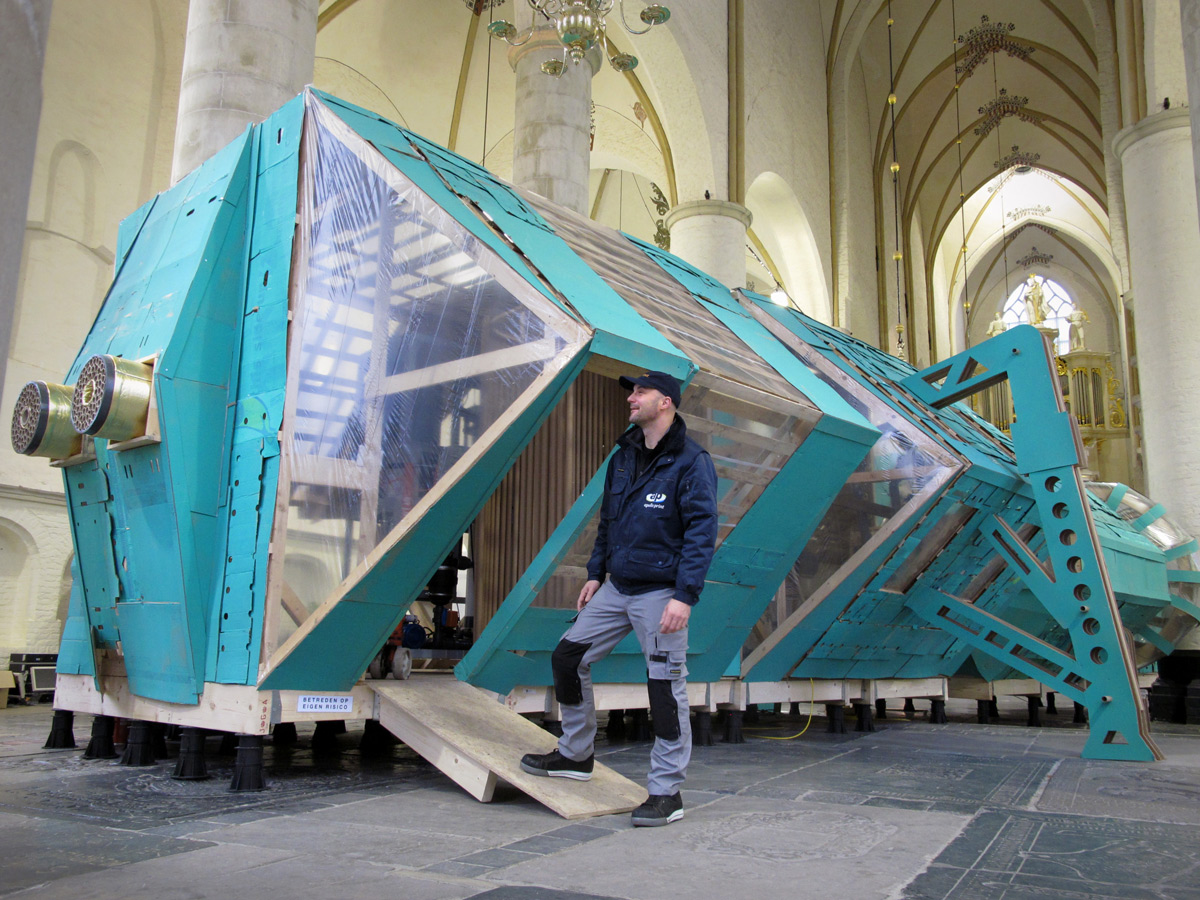 “This is not a dystopian project. This is not about, “Oh my God, the world is going wrong and we have to escape because we need another future somewhere else.” No, no. The project is basically inviting people to take a step away from earthbound constraints and, as such, reimagine our future.” – Angelo Vermeulen Inspired by the survival skills conveyed throughout global indigenous tribes, Angelo started a new project called Seeker. The Seeker project challenges people all across the world to develop starship prototypes which re-envision how future Martian colonists will live and survive on Mars. As a result, not only did people start creating futuristic architectural art using limited resources, but subsequently worked on previous designs and built on top of them, making them all the more efficient. Essentially, as time passed by, the architectural designs became memetic!

Sooner or later our species will be venturing the cosmos and colonizing other planets. How we go about achieving such feats is becoming an increasingly asked question. With Angelo’s Seeker project, those questions were put to the test, providing more answers than were previously imagined. The memetic nature of innovative architectural artwork not only provided solutions to surviving future planet colonization efforts, but subsequently re-ignited the flames of wonder and curiosity in people throughout the world! Combining science, technology, and art, it would appear that our spacefaring future is just on the horizon.

ORIGIBOT: Our Very First Real-World Avatar Has ArrivedThe Internet of Things Will Soon Be Joining Us In Space