RssInstagramTumblrPinterestYouTubeGoogle+TwitterFacebook
With the rise of self-driving vehicles in the last year alone, controversy has naturally emerged as a result. On one end of the conversation, there is eager (if not somewhat skeptical) endorsement. While on the other, there’s outright damnation. Obviously we’re of the former. We love everything about self-driving vehicles and believe them to be the future of transportation.

Which is why we’re pleased to know that we have a very powerful ally in the quest to get fully operational self-driving vehicles onto our roads: the United States President Barack Obama!


“Right now, too many people die on our roads – 35,200 last year alone – with 94 percent of those the result of human error or choice. Automated vehicles have the potential to save tens of thousands of lives each year. And right now, for too many senior citizens and Americans with disabilities, driving isn’t an option. Automated vehicles could change their lives.” 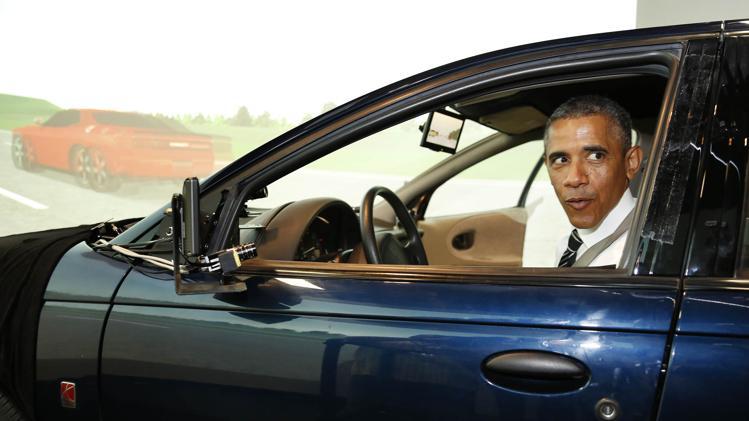 In a op-ed piece for the Pittsburgh Post-Gazette, President Obama discussed the desire to support self-driving vehicles, all the while strongly emphasizing the need for safety regulations. He explains the urgency to combat car-related deaths due to human error. But also explains that these safety regulations will require breathing room to allow innovation to flourish.

Most significantly, this all came in the wake of Uber’s trial run of self-driving fleets in Pittsburgh, Pennsylvania. Below is a video conducted by Ryan O’Shea, a reporter for WTAE-TV Pittsburgh and host of the Future Grind podcast, where he gives a glowing review of the new Uber self-driving vehicle.

Self-driving vehicles truly are the future of transportation. Their eventual impact and disruption of the automobile industry might not be felt at the moment, let alone entirely understood, but we guarantee you that the impact will be felt sooner rather than later. John Zimmer, who is Co-Founder and President of the app-based ride-sharing service Lyft (a competitor with Uber), just recently published an article titled, “The Third Transportation Revolution,” whereby he notes that self-driving vehicles won’t just make our roads safer, but will eventually do to the private ownership of vehicles what public streaming services did to both the music and film industry.

“By 2025,” he says, “private car ownership will all-but end in major U.S. cities.” He envisions, just as we envision, the Netflix age of self-driving vehicles. Today, the average vehicle is only used 4% of the day, leaving them parked for the remaining 96% of the time. This is an incredibly inefficient model for transportation of the 21st century. Instead the private ownership of vehicles will be replaced by fleets of app-based self-driving vehicles through a public car-sharing service. No longer will people feel the financial burden of owning their own private vehicle. No more large monthly car payments, no more car insurance, and no more car repairs. Simply pay a small monthly subscription fee and you’ll have 24/7 access to the entire fleet of self-driving vehicles at your own behest.