RssInstagramTumblrPinterestYouTubeGoogle+TwitterFacebook
The RoboCup 2014 finals, which were located in Paraíba, Brazil, are now complete. I’ve always enjoyed watching the RoboCup, especially when each passing year there’s something new on the table, ready to be tested out in front of the world. It’s exciting at times, because you know you’re witnessing the future of sports in its infancy. These major athletic competitions will soon instead be reserved for either robots or for technologically enhanced human athletes.

Don’t believe me? Let’s take Switzerland as an example, where the National Centre of Competence in Research (NCCR) Robotics will be hosting an event in 2016, modeled after the Olympics, in which the athletes are bionic in some way – or better yet, cyborgs. This event is being dubbed the Cybathlon! Just recently the Japanese government has announced plans to include robots in the 2020 Olympics, which will be hosted in Tokyo, Japan.

Still don’t believe me? Well then, the next time you’re ever at a Korean baseball game, and you’re watching the Hanwha Eagles play, be sure to take a quick glance around the stadium seats. You may just be surprised with some robotic visitors! 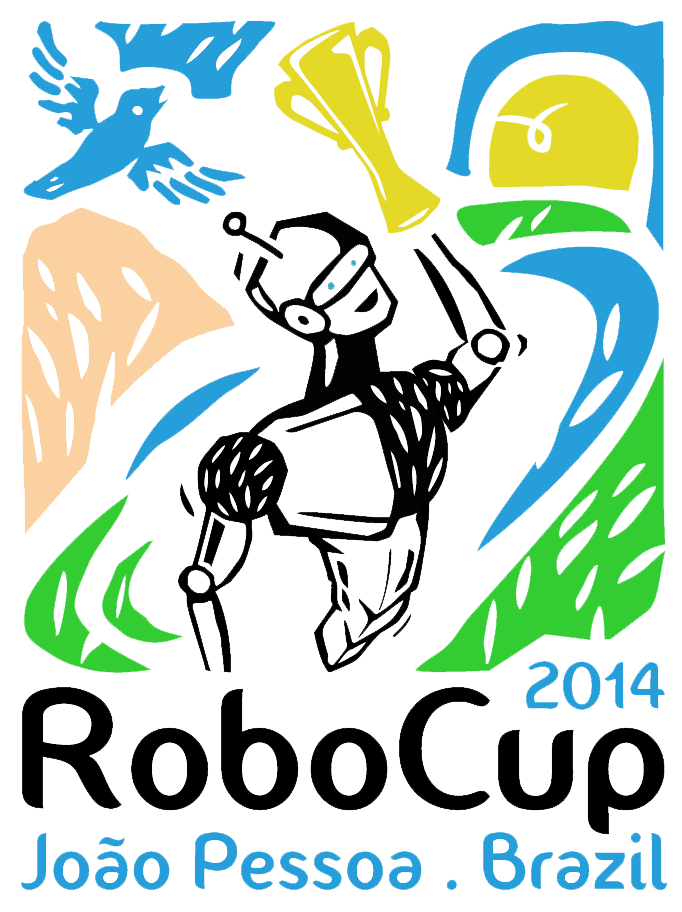 As for this particular year’s RoboCup, I won’t go around spoiling the results if you haven’t watched the games or highlights just yet. I’ll be providing three different clips below, and you could always just go on their webpage and look up the results yourself. But what I will say is that, while it’s made quite clear when watching them play that they’re still needing some work to really make it to the big leagues, per se, those robots were at times vicious, stubborn, and just downright sneaky.

Granted, it wasn’t in their programming to actually express the will to win or in being sly, but we humans tend to gaze at these wonderful creations under an anthropomorphic point of view. I am no different from everyone else. When I watched the games, while at times repeating and slow, I acquired the tendency to feel adrenaline, excitement, and joy as these robots clashed for the ball. Each time one of them neared the goal line, just as if I was watching a human-played fútbol match, I would hold my breath in anticipation.

And that is what makes the RoboCup so enjoyable to watch. You’re not just watching a bunch of robots play a miniaturized version of fútbol; you’re witnessing the evolution of sports, of robotics, and of ourselves in how we look to them and treat them. In the world of sports, athletes are practically Gods. So when robots and cyborgs show up in the picture, who’ll be the Gods then? I, for one, welcome our new robot overlords!

Confluence: Interconnected Life Beyond the Human EyeTravel In the Comfort of Your Room With TravelByDrone