RssInstagramTumblrPinterestYouTubeGoogle+TwitterFacebook
When the robotics design company Boston Dynamics introduced Spot last year, it was the coolest robot on the block. Well, there’s a new robot on the block and it’s even cooler! Say hello to SpotMini, a smaller and more agile version of Spot with a neck that’ll scare children for days.

It can run, it can fall, and it can even do your dishes. If this is what we’re to expect from the future of robotics, consider me all in!

“SpotMini is a new smaller version of the Spot robot, weighing 55 lbs dripping wet (65 lbs if you include its arm.) SpotMini is all-electric (no hydraulics) and runs for about 90 minutes on a charge, depending on what it is doing.”

Check out SpotMini in action in the video below. 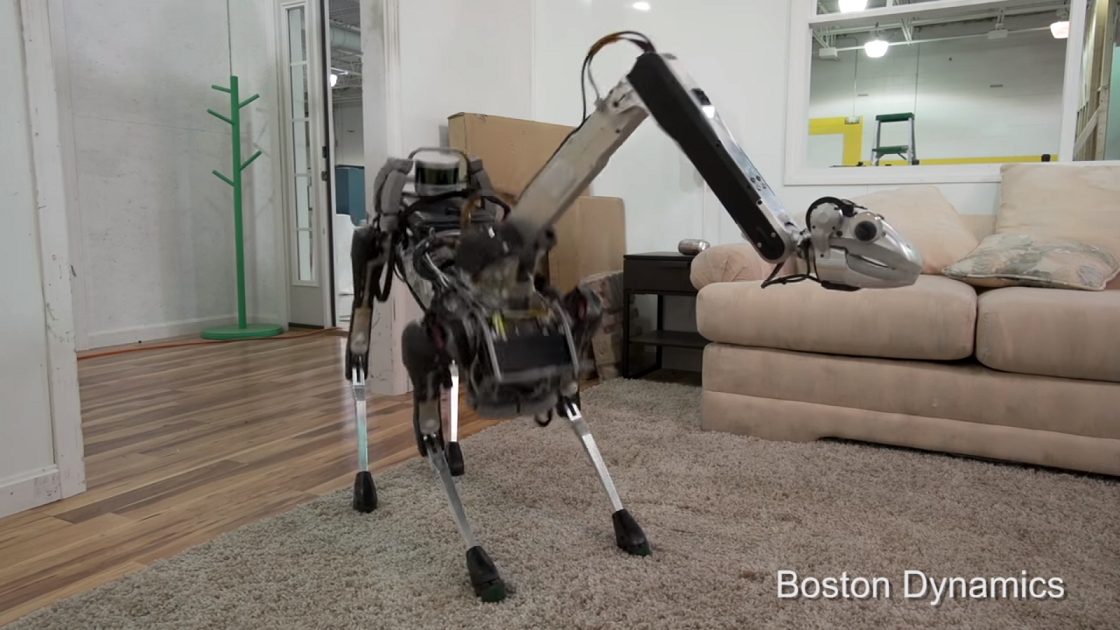 This all-electric robot is a work of art, being the quietest robot the company has developed thus far. It contains a variety of sensors, such as depth cameras, a solid state gyro (IMU), and proprioception, to ensure both navigation and mobile manipulation. When you attach its arm (which really looks like a long neck and head), SpotMini’s grappling capabilities come into play.

Watching SpotMini move around is almost like watching a dog. The mobility dynamics of Boston Dynamics’ robots are clearly advancing in the right direction. Soon enough you might even be able to own your own personal robot dog, who can apparently do your dishes for you. But for now, the company still remains keen on testing out their robots on their abilities of remaining upright and, apparently, of taking damage.

The company is already known for their “abusive” practices of kicking their robots to test out their stability. For SpotMini, however, the company decided to test out its ability of recovering from a banana slip. Admittedly, it was quite hilarious. But it was also quite impressive how the robot was able to get right back up using its “arm.” Besides, it would appear SpotMini got its creators back with a little prank by the end of the video. It even had the robot like, “ROFL!”